Should the New York Jets dive into the Jadeveon Clowney pool? 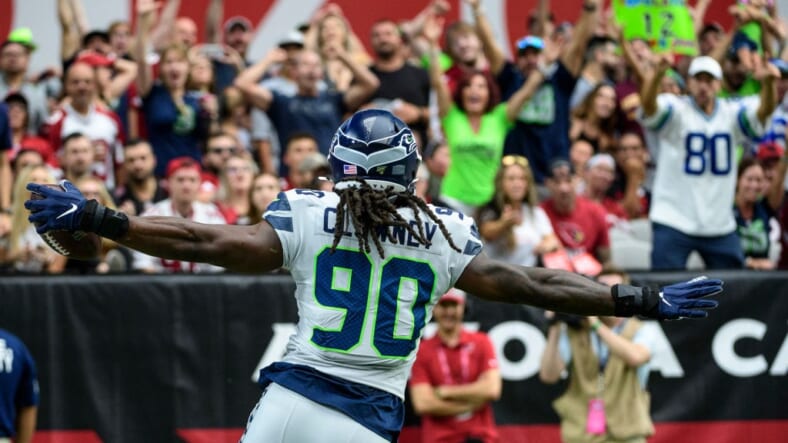 Jadeveon Clowney is still available and the New York Jets could be in the market for a pass rusher:

The Jets suffered significant injuries in 2019, which limited their production and efficiency. With a majority of their talent returning in full force next season, Gang Green is in a position to have a successful 2020 campaign, depending heavily on their offense.

However, adding more talent to the defensive line could be the answer to earning a playoff berth. Returning players like Avery Williamson, CJ Mosely, and Blake Cashman should give the defense a boost, but Clowney brings multiple levels of production that are difficult to replicate.

In 2019, Clowney played in just 13 games, earning three sacks, seven tackles for loss, 13 quarterback hits, four forced fumbles, and one interception. His sack numbers donâ€™t open any eyes, but he consistently solidifies one side of the defensive line and plays well against the run. At 26-years-old, the three-time Pro Bowler is still in his prime and can contribute heavily toward a defense that is already strong.

Reports initially indicated that Jadeveon was looking for a minimum of $20 million per season, but that number has steadily declined as teams lost interest in his abilities. With the market failing to develop as Clowney anticipated, the Jets could be in a position of leverage and land him on a deal worth far less than $20 million per season, locking up a position that is one injury away from being problematic.

The biggest issue is cap space, as the Jets currently have a little over $18 million available, according to overthecap.com.

Signing Clowney would lower that number significantly unless they can backload the contract, which is never a desirable method when signing players. Considering teams prefer to go into the season with cash to spare, and the rookies havenâ€™t been signed just yet, that number will go down.

Pro Football Network’s Tony Pauline still believes that the Jets could be interested in the former Seattle Seahawk.

He stated the Jets have been â€œfishing aroundâ€ Clowney and that they â€œhave a legitimate shotâ€ at signing him if they â€œput forth a good offer.â€

I don’t believe that Clowney is worth investing in unless the deal is in the $10-14 million range, given his minimal sack numbers. The Jets have enough talent on defense to handle the load, and with Jamal Adams demanding a new deal, figuring out that issue should be at the top of GM Joe Douglas’ mind.