Should the New York Jets be worried about Sam Darnold’s progression? 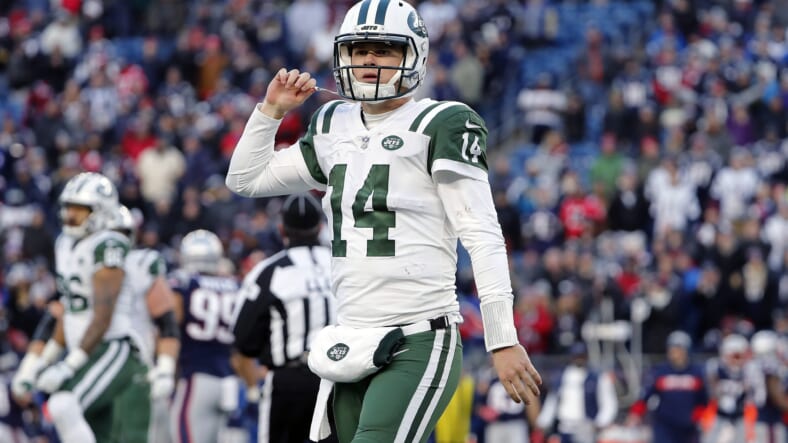 Taking a look at Sam Darnold and if the New York Jets should be worried about his development:

Sam Darnold is going into his third season in the NFL, and lofty goals have undoubtedly affected his performance thus far. Playing in New York is no easy feat, and the media coverage and expectation that come with it can oftentimes be grueling for players. When it comes to franchise quarterbacks, those expectations can be overwhelming.

For Darnold, he has plenty of time left to develop and reach his potential. At just 22 years old, the former USC quarterback has two years of NFL experience under his belt and 26 total games. His completion percentage in year three increased by about 4%, a significant jump from his rookie season.

He posted a 7â€“6 record in 2019, tossing 19 touchdowns, 13 interceptions, and fumbling the ball 11 times. Overall, he did see improvement across the board, Which is exactly what the Jets needed to visualize from their franchise quarterback.

However, while his improvement was noticeable, his numbers are still a bit shaky and inconsistent. Having never thrown more than 19 touchdowns in a given season, and fumbling the ball a bit too much, the Jets should be a little worried about his progression. A lot of his hiccups can be attributed to a poor offensive line, allowing him to be sacked 63 times in his career. The Jets started over ten different linemen in 2019 but allocated plenty of draft capital in free agency money toward bolstering the unit. Hopefully, they will be stronger next season and allow Darnold to play at an elevated level.

In addition, general manager Joe Douglas drafted Baylor wide receiver Denzel Mims to act as one of his top pass catchers. They also signed Breshad Perriman, who was a former first-round pick and can act as Darnold’s number two receiver.

A trio of wideouts, including Mims, Perriman, and Jamison Crowder, should be enough to blanket Darnold’s weaknesses. Factor in tight ends Chris Herndon and Ryan Griffin, and there should be no problem in the receiving game. Leâ€™Veon Bell is also a significant factor on offense, and we should expect to see Darnold utilize him frequently in the screen game.

Overall, you can justify a bit of worry regarding Darnold’s development, but his third season in the NFL should prove whether or not he can reach a higher level. With an improved offensive line and weapons across the board, Douglas has given the young passer everything he needs to succeed.