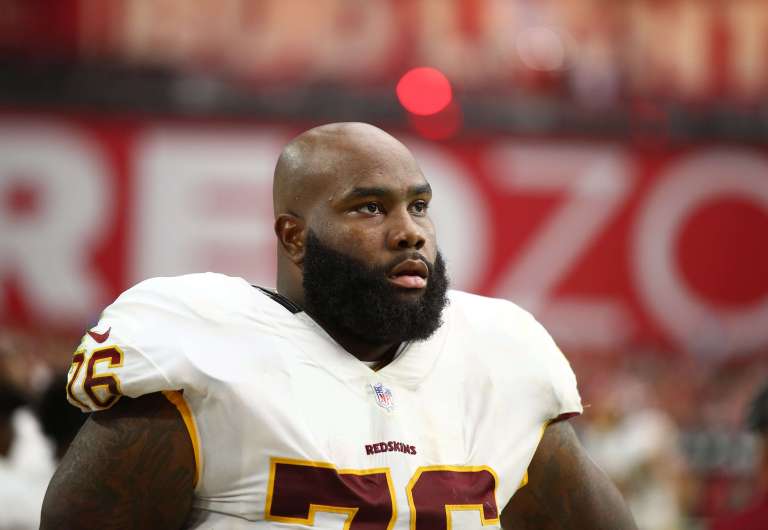 The New York Jets have been contemplating the idea of signing former Washington offensive tackle Morgan Moses to a one-year contract. Well, on Friday, they finalized the deal to bring Moses to New York, having started 97 games in his career for Washington.

The Jets, who have Mekhi Becton, George Fant, and rookie Alijah Vera-Tucker capable of playing offensive tackle, now have added competition from a solid veteran.

The #Jets have signed former #WFT starting Tackle Morgan Moses to a 1-year deal, per @Sam4TR

Moses started 97 games in his career for Washington, should be a quality addition to the #Jets at this point of the off-season.

In 2020, Moses played the majority of his snaps at right tackle, featuring at left tackle in Weeks 11 and 12. He’s capable of playing on both sides but was far better in pass blocking when featuring on the right side of the OL. He allowed five total sacks, 14 QB hits, and 22 hurries.

Overall, Moses has been a consistent option for Washington for the past seven seasons. At 6’6″ and 335 pounds, rookie quarterback Zach Wilson now has himself a consistent OT on the right side who can provide support due to injury and will likely push Fant for the starting job.

Moses is coming off a five-year, $38.5 million deal, so the Jets signing him to a one-year contract should land in the $5-8 million range for the 2021 campaign. Fortunately, Moses hasn’t missed a game in six seasons, showcasing his reliability, and was mainly cut due to financial reasons and not performance-based factors.