Releasing Leâ€™Veon Bell depicts everything wrong with the Jetsâ€™ Organization 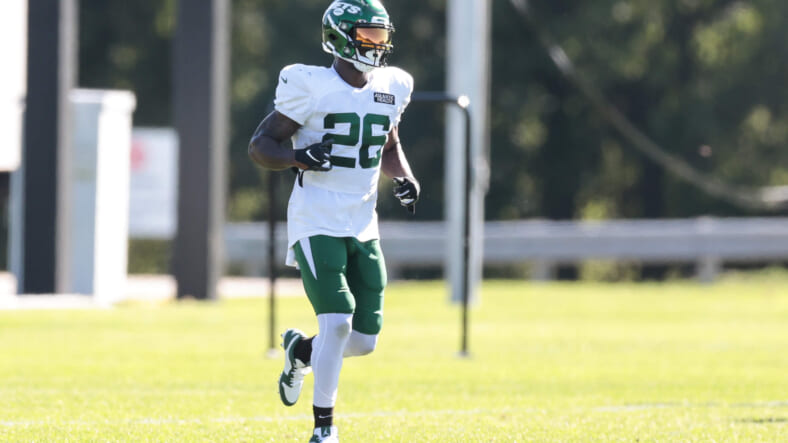 When the Jets inked Leâ€™Veon Bell to join the team, the consensus was that Gang Green may have just rejuvenated their offense. The team handed a big contract to a former All-Pro running back and expected him to contribute immediately. Now when you add that caliber of a talent to your team, you expect a certain level of production no matter what side of the ball.

Bell had 245 carries for 789 yards and 3 TDs. He also added 461 yards and a score on 66 receptions. Bell put up numbers that look impressive on paper and for other backs, but when looked at in the grand scheme of things. It was an abnormally abysmal year for him.

Looking at his numbers from Pittsburgh in contrast to his little over a season in the green and white, the drop off was eye-opening. With Pittsburgh, Bell had an average of 129.0 scrimmage yards per game in contrast to his 80.2 in New York. The other startling statistic was his 3.2 yards per attempt that stood as the lowest mark of his career. So, why did Bell have such a massive drop off in quality of play?

While the obvious culprit seemed to be Adam Gase.

You can make the case that the team failed to provide quality blockers for Gase, but Bell’s utilization was the biggest issue. Gase was adamant about this in his preseason pressers as he stated that one of his primary focuses of the offseason was on using Bell better. Bell received a high volume of reps, but they were not meaningful ones. With just 19 attempts this season for 74 yards, Bell had bumped his production up to 3.9 yards per attempt, but he had 3 receptions for 39 yards out of the backfield. Now, this was only in two games since he missed time with a shoulder injury, but one thing was different this year than last. Gase DID use Bell slightly more efficiently than last season, but the primary reason he was able to get those reps was because of how Gase used his 37-year-old back, Frank Gore.

It was obvious to even the casual observer that Gase and Bell had a tumultuous relationship, but it was only furthered based on Gore’s usage. Gore was used as the bell cow back in the offense while Bell was out and even given reps that would typically go to Bell when he returned. Here is the cold hard truth, Adam Gase and Leâ€™Veon Bell were never on the same page. The â€œinnovative mindâ€ failed to realize the talent he had in his hands and instead failed to adapt his playbook to his best players. Gase instead remained stubborn and set in his ways by continuing to overuse basic halfback dives and receiver screens. See, the poor utilization of Bell by Gase that led to the rift is the utter depiction of the incompetence that has plagued this organization.

Leâ€™Veon Bell now joins the list of so many other talents who were wasted whilst with an â€œoffensive genius.â€ Some of those players include Jarvis Landry, Robby Anderson, Kenyan Drake, Ryan Tannehill, and DeVante Parker. All have had rejuvenated careers WITHOUT Adam Gase. If the blind eye could see that is the issue, why canâ€™t the ownership? The fact is the Jets thrive off of their own self-destruction and incompetence beyond just the gridiron. Bell moving on and having success would just be the latest feather in the cap of the embarrassment: the Adam Gase era and the organization as a whole.