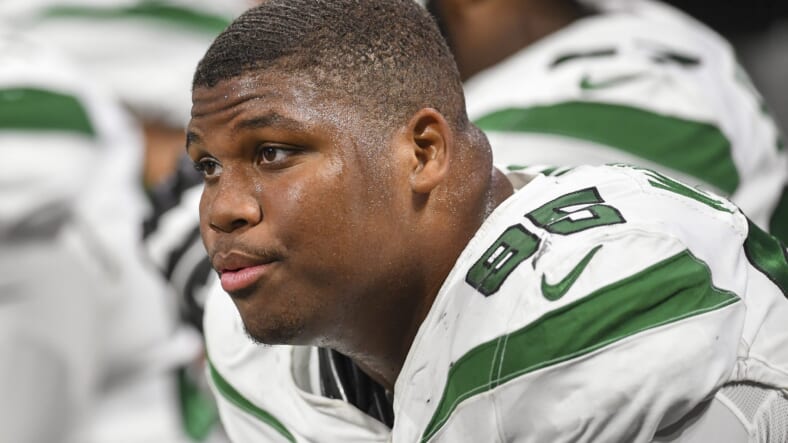 Last year the New York Jets took Quinnen Williams third overall in the 2019 NFL draft. Quinnenâ€™s rookie year was overall underwhelming and left fans with a bad taste in their mouth. Though Quinnen flashed potential and every now and then he struggled to consistently show off his dominance in the trenches. With year two of Quinnen Williams’ career coming up will he suffer from the sophomore slump or will he rise to stardom.

Quinnen has been showing off the work he has been putting in this offseason on social media most notably on his girlfriendsâ€™ story where he looks significantly stronger than he did a year ago. Quinnen posts his workouts daily and they bring much hope to Jets fans who want to see him develop into what got him drafted at number three overall. If Quinnen Williams Instagram is any indication it shows that he has his mind on football and is ready for year two in the big apple.

Many Jets fans will tell you that Quinnen Williams was a complete disaster last year but that could not be further than the truth. Quinnen missed 3 games due to neck and ankle injuries and yet he still finished with the same amount of hurries as Ed Oliver. Quinnen Williams did not put up highlight plays but he did all the dirty work in the middle of the defense that led to his teammateâ€™s success. With C.J. Mosely and Avery Williamson coming back healthy Quinnen Williams should find himself in a position to rush the passer more.

If Quinnen Williams can emerge as a dominant force on the defensive line, then the New York Jets defense could be elite. Hopefully for Quinnen Williams and the Jets he produces at a level that will justify his draft position.