New York Jets starters will get “a quarter, couple of series” on Saturday 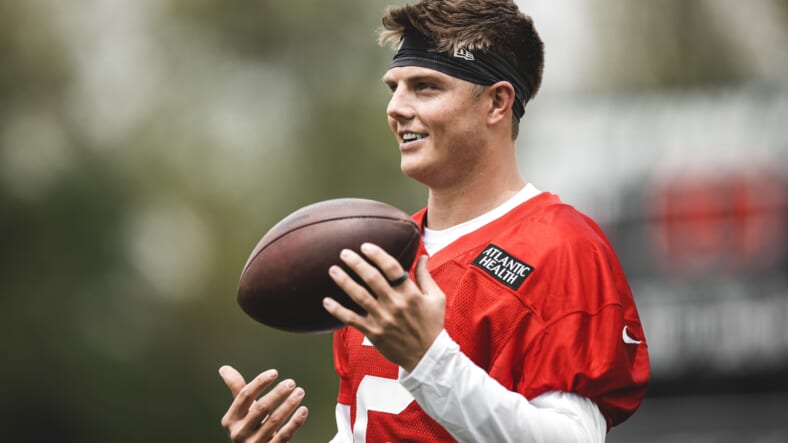 While it appears that the New York Giants will hold their young franchise thrower out of this weekend’s metropolitan showdown, their MetLife Stadium roommates are taking a different approach.

New York Jets head coach Robert Saleh announced on Thursday that Zach Wilson and the primary offensive unit will play at least the first two series during Saturday’s preseason opener (7:30 p.m. ET, WNBC). It will mark the first unofficial action in a Jets game uniform for Zach Wilson and several others, including receivers Corey Davis and Keelan Cole.

“Weâ€™re thinking about a quarter, couple of series for all those guys,” Saleh said precisely when it came to Wilson’s time, per notes from the Jets. “(We) just kind of (want to) get him his first action.”

Speaking after a practice session on One Jets Drive, Saleh noted that between the incoming rookie class and last season’s young group, over 30 players will be partaking in their first NFL preseason game on Saturday. Last year’s exhibition slate was completely wiped out by the COVID-19 pandemic.

“We are a very, very young football team and theyâ€™ve got to be able to go through the process of pregame and prepping themselves mentally and getting in their own space and getting ready to play a football game and then going out there and playing a couple of drives,” Saleh said. “To me, this is a big deal. These moments are priceless, especially for this team.”

Though Jets fans will who venture out to MetLife Stadium for a sanctioned NFL contest for the first time since December 2019 will get to witness Wilson’s first game action, several other debuts could be delayed.

Saleh announced that receiver and second-round pick Elijah Moore would “probably” require an MRI after leaving practice with what he described as a quad issue. Fellow rookie Alijah Vera-Tucker will miss Saturday with a quad issue, but Saleh was optimistic that he would be ready to prepare for the following weekend’s tilt in Green Bay, labeling him “day-to-day”. Dan Feeney currently sits in the second slot behind last spring’s 14th overall pick in the left guard slot on the Jets’ opening depth chart.