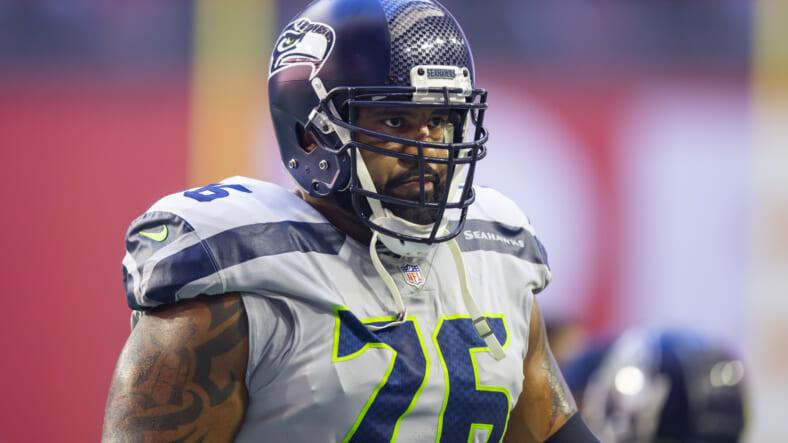 After the New York Jets met with Duane Brown Saturday and reportedly had mutual interest, paired with the recent injury on Monday to starting right tackle Mekhi Becton, Joe Douglas got the job done in signing Brown.

The Jets could not go into 2022 with a significant unknown at right tackle for Zach Wilson’s development. Adding Brown provides Wilson and the Jets offense with the pedigree and consistency needed upfront.

Per Adam Schefter of ESPN, the deal agreed to between the Jets and Brown is for two years and worth $22 million. It is fairly likely to expect there to be an out for the Jets in the second year of the contract. What the second year does enable for the Jets is 2023 insurance to Becton and hopefully an extended George Fant.

What Brown is bringing to the New York Jets:

Brown is entering year 15 of his established, successful NFL career. It is one in which he has started all 203 games he has played. Over his long career, Brown has attained immense accomplishments. He has made five Pro Bowls, been a two-time Second-Team All-Pro, and a First-Team All-Pro.

Brown already has some relationships in place with Jets he will be working with. He was teammates with the other starting tackle for the Jets, George Fant, for three years, from 2017-19. Brown was with head coach Robert Saleh for three years, from 2008-10, with the Houston Texans. Lastly, his new position coach now with the Jets, John Benton, Brown spent a ton of time with. The two spent six years together, from 2008-13.

In the end, this was simply a move the Jets had to make. This allows rookie Max Mitchell to be eased in and develop properly. Brown does turn 37 at the end of this month. Over the last two years, Brown did not miss a start. Each season, he played 98% of the Seattle Seahawks snaps, proving his durability even at an older age.

Where he and Fant ultimately end up playing remains to be seen. Regardless, Brown immediately adds tremendous value to the Jets at a vital position.