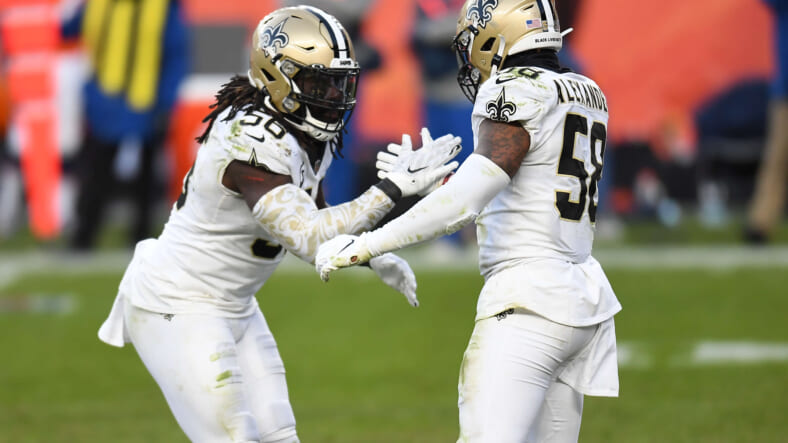 It was just announced by Adam Schefter of ESPN that the New York Jets signed veteran linebacker Kwon Alexander to a one-year contract. Entering the offseason, the linebacker position for the Jets was a concern. It ended up being one of the few positions of need that the team was not able to address.

The recent news of adding Alexander is exciting for the Jets. Alexander has two years of experience (2019-20) with Jets head coach Robert Saleh from their time with the San Francisco 49ers. In 2019, they played a part in the 49ers’ second overall ranked defense. It propelled the 49ers to a 13-win season that led to a Super Bowl appearance.

He is now going into his eighth NFL season. Alexander turns 28 years old Wednesday. In 2015, Alexander was drafted by the Tampa Bay Buccaneers. Alexander made it to the Pro Bowl in 2017. He spent four years with the Buccaneers before signing with the 49ers in 2019. Alexander signed a big four-year contract when he joined the 49ers. He spent the second half of the 2020 season as well as 2021 with the New Orleans Saints.

Alexander is a logical fit with the Jets

What Alexander provides to the Jets’ defense is veteran experience and great past success. The Jets needed to add a more proven player alongside C.J. Mosley and Quincy Williams to their young group of linebackers.

Alexander is 6-foot and 227 pounds. He has fast 4.55 speed to get sideline-to-sideline. Across the board, Alexander is a fantastic athlete (8.44 Relative Athletic Score) with quickness and explosiveness. His athleticism provides upside in coverage as well.

Throughout his seven years, Alexander has played 78 games. In 2022 with the Jets, durability will be the big thing. If he is on the field, Alexander can help the Jets’ defense improve. He has forced at least one fumble every year of his career. Alexander recorded seven tackles for loss in 2021. Lastly, he produced rushing the passer last year with 3.5 sacks and seven quarterback hits.