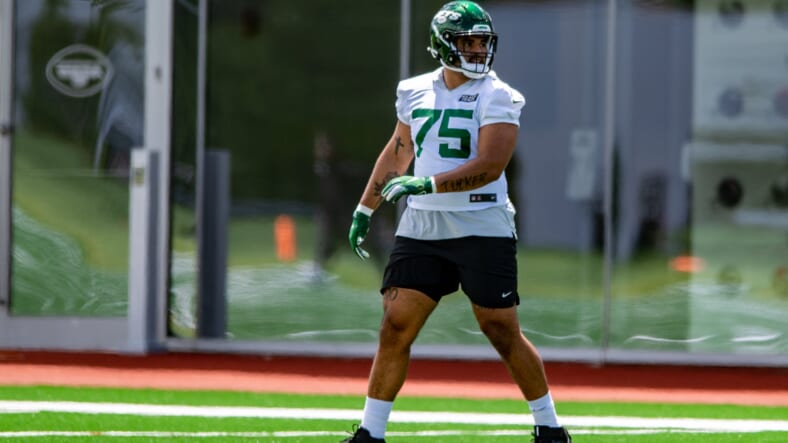 The New York Jets have finally signed Alijah Vera-Tucker to his rookie deal, making him the first of their top-three picks to do so. It’s a four-year deal, with a fifth-year option, fully guaranteed for $15.8 million. He also has a signing bonus of $8.9 million.

Vera-Tucker is expected to be the starting guard alongside Mekhi Becton on the left side of the line from the get-go. The former USC guard has high expectations coming in as a rookie and now the contract talk can finally be pushed into the rearview mirror.

The Jets, who traded up to draft Vera-Tucker with the 14th overall pick, made acquiring him a priority in April.

“We felt we had a unique opportunity to get a top-10 player in our minds as our board was stacked,” General Manager Joe Douglas said after making the trade to move up in the draft. “To go up and get a guy like Alijah Vera-Tucker, a player that has started at tackle, has started at guard and has been highly productive at both, that versatility and that production is something we really value.”

The Jets will now move their focus to signing their other top-two picks: Zach Wilson and Elijah Moore.