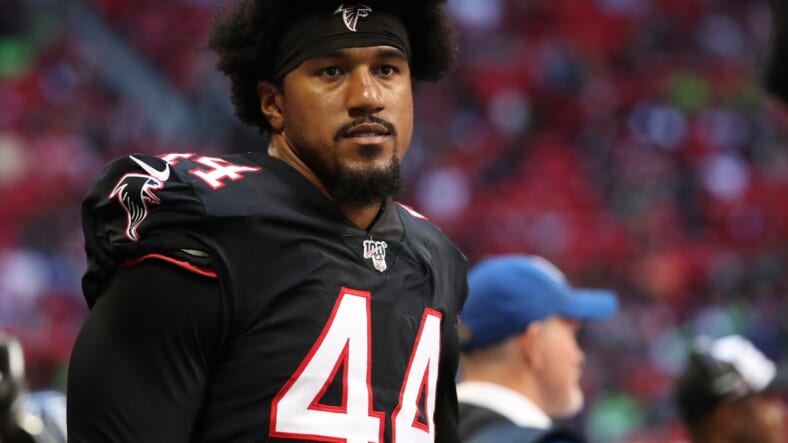 This is section three of my multi-part series dedicated to laying out a blueprint for the New York Jets this offseason. It is essentially a blueprint of what I would do if I were in Joe Douglasâ€™s shoes. Most moves are realistic, but keep in mind; there is A LOT of offseason to go. Part three is devoted to the â€œdawgsâ€ the Jets should bring in during free agency.

Thuney is one of the best guards in football. He hasnâ€™t missed a single game in his career, and heâ€™s been one of the most efficient offensive linemen. Thuney is going to command BIG money, but thatâ€™s what you have to pay to get the best. Douglas needs to splurge and get a beast to pair with Alex Lewis on this offensive line. This would be a phenomenal move.

Darby was a very talented corner for the Eagles, but he had an awful campaign last year. He still has potential mainly because he played banged up most of last year, and in a Gregg Williams defense, Darby should be successful. Offensive line was prioritized, so the Jets subsequently miss out on Bradberry and Jones in this scenario, but the low-cost option in Darby is a good one.

Beasley is an underrated productive edge rusher. In his career, heâ€™s had 37.5 sacks. He had eight sacks last season, and he is a major Swiss Army knife that Gregg Williams would love to have. Adding two low-cost, efficient players in Darby and Beasley immediately improves the defense. Pairing Beasley with Jenkins could be the edge-rushing answer for the short term.

Robinson can be a cheap asset for this team, and he allows for draft flexibility. Robinson would be able to slot in with Crowder, Doctson, and likely two draft picks and immediately become a vital piece of the offense. Gase would be able to have fun with a young receiver like Robinson, who is a dynamic playmaker.

Vaitai is an underrated value signing that I would be ecstatic for. Vaitai is a Super Bowl Champion who filled in admirably for Jason Peters in the past. Vaitai is versatile and has a connection to Douglas. By signing Vaitai, you add a starting-caliber lineman who can play wherever. Adding a guy like him makes Beachum less important and nearly expendable. Beachum could be a reliable mentor at left tackle for a rookie and excellent backup. Overall, Vaitai and Thuney immediately makes the offensive line more suitable for Sam Darnold. With the two of them, Alex Lewis, Chuma Edoga, and Kelvin Beachum, the Jets have a solid offensive line before the draft, where I plan to try to add two more linemen. This eases pressure, however, and makes offensive line less prioritized.

EDIT: Kelvin Beachum resigning becomes unnecessary, but in this case, I worked it into the team as depth.

This would be a great free agency for the Jets. They would add two great offensive linemen and three low risk/high reward players. All of these moves lead up to the big event… the Draft.