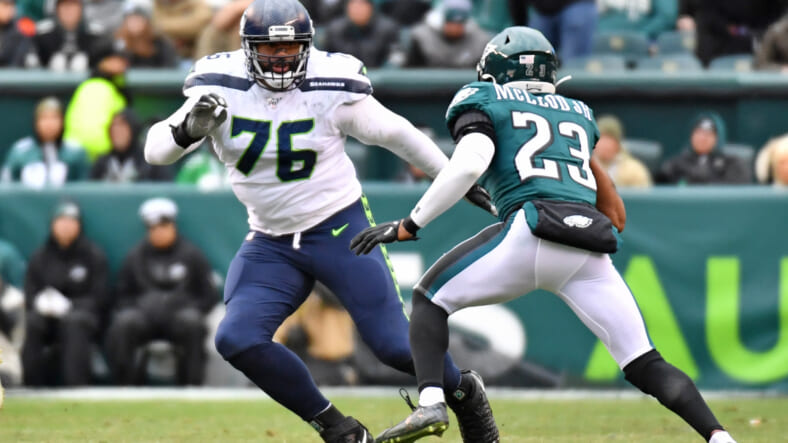 After what initially looked like a break for the New York Jets with Mekhi Becton’s injury status following yesterday’s practice, the team now needs a starting right tackle desperately.

The update late last night from Mike Garafolo of NFL Network on Becton was a tough one to see. After starting one game in 2021 as a result of injury, things seemed to be trending well for Becton throughout this training camp. The injury sustained by Becton during practice yesterday is a new one that has nothing to do with last year’s injury. At this point, it seems possible Becton will not be ready at any point this season, making this a devastating blow for the Jets.

All offseason, the Jets have needed a veteran third offensive tackle. After losing Morgan Moses and Riley Reiff signing elsewhere, the Jets met with Duane Brown Saturday. The news was encouraging. Now, with the loss of Becton for a significant time, adding Brown becomes that much more important for the Jets.

General manager Joe Douglas was on with Boomer and Gio this morning at One Jets Drive. On the potential of signing Brown, Douglas had this to say, Brown is in “phenomenal shape,” and “the wheels are in motion” when it comes to acquiring him. Certainly, some inspiring news to hear as the Jets look to fill this key void.

The trickle-down effect from losing Becton also could impact this Friday’s first preseason game. Head coach Robert Saleh stated just yesterday following practice that the plan was to play the starters about the first quarter. Now, without Becton, is it worth putting Zach Wilson, Breece Hall, and Michael Carter all in the backfield with a substantial downgrade up front? Even if the Jets sign Brown immediately, how fast will he get up to speed?

The good thing about Brown is that he has a long and established career in the league. He was a first-round draft pick of the Houston Texans back in 2008. He has made five Pro Bowls, been a First-Team All-Pro, and two-time Second-Team All-Pro. Brown has 203 career starts and has not missed a game over the last two years.

Brown turns 37 years old at the end of the month. The good thing is that he still showed he can play on a good level in 2021. In over 970 snaps played last year, Brown just committed five penalties.

He likely has some interest from other teams. That being said, it would be wise of Douglas to make sure Brown ends up a Jet. It will be interesting to see what happens in the coming days.