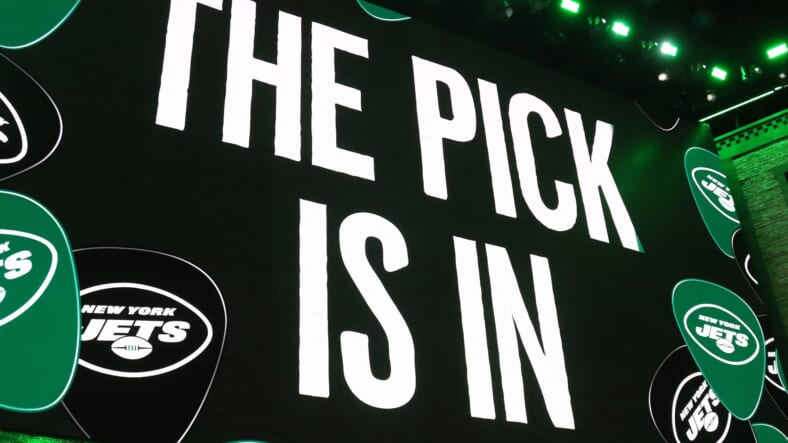 While the 2021 NFL draft is 11 months away its never too early to fantasize about the New York Jets’ next first-round pick. With the second hardest schedule and Adam Gase running the team it is inevitable that the New York Jets will finish with a top 10 pick in 2021. If the Jets play their cards right, they might be able to land a transcendent talent that will help shape the future of the team for many years to come.

Greg Rousseau came on to the scene for the Miami Hurricanes in 2019 as arguably the best pass rusher in college football racking up 15.5 sacks as a redshirt freshman. With a 6-foot 7-inch frame and natural athletic ability he could be the second coming of Julius Peppers. If Rousseau continues his dominance next season, then he will almost certainly be the first defensive player of the board. If the Jets are fortunate to land him, they will have finally taken care of that pesky pass rusher need they have had on their team for the past 15 years.

Jaylen Waddle is my favorite WR coming out of next yearâ€™s draft and it is easy to see why. Waddle is as fast as Henry Ruggs with the polish of Jerry Juedy, he is an all-around wide receiver and a major threat on every down. The Jets also need a punt returner and it just so happens that Jaylen Waddle is an excellent returner. There is nothing this man cannot do. If the Jets land Jaylen Waddle, he would immediately be Sam Darnoldâ€™s number 1 for years to come and an immediate impact player.

Shaun Wade will have the honor of being the Buckeyes number one corner this year and potentially the number one corner entering the draft next year. Wade has excellent speed and coverage skills which will make his transition a lot easier. Wade also has experience playing in the slot which is adds a layer of versatility to his game. The Jets have not had a true shutdown corner since Darrelle Revis but that could come to an end soon if they decide to take Wade in 2021.