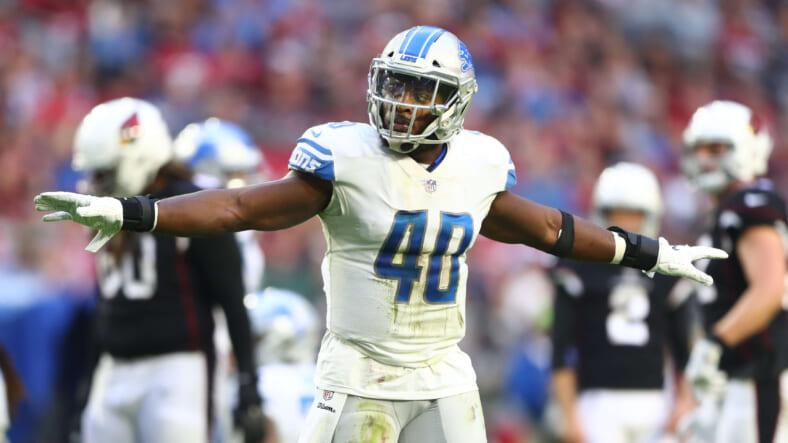 Packed to the brim with potential, the New York Jets’ completely revamped linebacker corps must start producing on the field.

With the offseason in the rearview mirror, ESM looks back on the green offseason that was, position-by-position. The second half of the front seven segments features the linebackers…

A lot of attention and hullabaloo has been dedicated to the Jets’ constant turnover at quarterback, but a similar discussion could be had at linebacker. The Jets have had several marquee names to fill the slots. They used their 2016 first-rounder on Darron Lee (passing on names like Will Fuller, Jaylon Smith, Chris Jones, and Xavien Howard). Breakout defenders either turned out to be flukes (Jordan Jenkins) or went elsewhere (Tarell Basham). A de facto in-season firesale saw another casualty (Avery Williamson).

Medical absences have taken a particularly dangerous toll and it puts the Jets in an awkward position when it comes to C.J. Mosley. The former Baltimore Raven is in a bit of an awkward spot. He’s not only a rare leftover from the Mike Maccagnan era, but the prior general manager left a lasting legacy via a huge contract. Through the guaranteed clauses in his five-year, $85 million deal, Mosley has made $21.5 million thus far…for two games in green so far.

Mosley’s medical woes shouldn’t be held against him. Football is a physical, violent game and Mosley was one of many who weren’t comfortable playing amidst the height of the COVID-19 pandemic. He had every right sitting out last season. The timing was just rather unfortunate from a Jets standpoint, as he was expected to provide some stability and winning pedigree to the Jets’ beleaguered defensive corps. Blake Cashman is another one beset by medical absences. He rose up in Mosley’s absence but is entering a huge third season after three major shoulder surgeries.

In an appearance on a team podcast hosted by Eric Allen and Ethan Greenberg, Mosley had no doubt that he was ready to make major contributions to the Jets’ road back to respectability, comparing his de facto two-year absence to the brief retirement of Rob Gronkowski. The tight end was a major part of Tampa Bay’s Super Bowl endeavor after taking a year off.

“Yeah, I don’t have any doubts in myself…I’m here, so we’ll let the play do the talking,” Mosley said. “I’m happy to be back in the building with my teammates, to be around the locker room and the new energy. What we’re doing now is building a great foundation, setting this team on course to stack up wins and get to where we want to go.”

The Jets have completely started over, as all of their primary linebackers from last season have moved on. Jenkins failed to expand on an eight-sack season in 2019 and moved on to Houston with reliable depth option Neville Hewitt. Basham, coming off a career-best season on the outside, earned a two-year with the Cowboys while Harvey Langi returned to New England.

Head coach Robert Saleh and defensive coordinator Jeff Ulbrich are noted practitioners of the 4-3 defense, which the Jets haven’t run since the Rex Ryan days. Free agent newcomer Jarrad Davis will be one of the most vital pieces of this transition…and, by association, one of the Jets’ most fateful additions as they prepared to pen what feels like the most hopeful chapters of their never-ending rebuild.

Davis is about to embark on the textbook definition of a make-or-break season. He inked a fully guaranteed one-year, $5.5 million deal with the Jets after four seasons in Detroit, who made him a first-round pick in 2017. His career began on a strong note: he earned All-Rookie honors and eight sacks over his first two seasons, but the past two seasons have been a struggle.

Problems in coverage have been particularly worrisome. Over the past three seasons, quarterbacks have earned a 113.8 passer rating when targeting Davis’ assignments. Davis’ hasn’t been a complete disaster…he’s still capable of raising pressure…but it wasn’t enough for Detroit to pick up his fifth-year option. how he performs on this prove-it deal could well determine the path for the rest of his career.

The downfall of Davis could be traced back to the respective departures of Lions head coach Jim Caldwell and defensive coordinator Teryl Austin following his rookie season. Austin ran the 4-3 in Detroit (and later Cincinnati, who refused to draft defensive scheme fits), picking up where Davis had left off from his college days at Florida under then-defensive coordinator (and current Georgia Tech head coach) Geoff Collins. His speed, on display through a sub-4.6 40 time could also be huge as the Jets seek to bolster their pass rush (fellow free agent Del’Shawn Phillips should also help check that box). Through his experience in the 4-3, Davis has a prime opportunity to not only reclaim the narrative on his NFL career but showcase his leadership skills.

In addition to the returns of Mosley and Cashman (each of whom may face make-or-break campaigns through no fault of their own), the Jets made a pair of interesting selections in the latter stages of the draft. Jamien Sherwood and Hamsah Nasirildeen were each listed as safties, but the Jets almost immediately announced their intentions to turn them into linebackers. Sherwood, an Auburn alum, is a bit undersized for a linebacker but makes up for it with a wide wingspan and good coverage near the line of scrimmage. Florida State’s Nasirildeen could’ve been chosen during the first two days if not for a torn ACL from his junior season that limited him to two games last year. He gained a reputation as an aggressive hitter during his time in Tallahassee. An undefeated addition could wind up being undrafted outside rookie Hamilcar Rashed, who is two years removed a 14-sack season at Oregon State.

On paper, there is a lot of potential in the Jets’ linebacking corps. But like many other areas on the team, it’s time to start capitalizing. There’s no use in holding Mosley and Cashman’s medical pasts against them. But if they’re ready to go, it’s completely fair to start asking them to contribute.

When it comes to the newcomers, they’re looking at the group with an eye on the future. Even if Davis fails to live up to his first-round billing, he could help the younger pieces learn the finer points of the 4-3 that figures to factor into their long-term future. The immediate action after the draftings of Sherwood and Nasirildeen shows that they have a plan for this group.

As we discussed in the defensive line portion, having a strong front seven and the pass rush that comes with it is going to be vital with a yearly pair of matchups with Josh Allen ahead for the next decade. Through these additions, the Jets bolstered both their pressure (Davis, Carl Lawson, Sheldon Rankins) and coverage (Sherwood and Nasrilideen). The names aren’t flash by any stretch, but the hopeful, hopefully game-changing, chapter of a perpetual rebuild has to start somewhere.

This linebacker group has both immediate intrigue (will Mosley and Cashman overcome their painful pasts?) and hope for the future. (Davis, Sherwood, Nasrilideen). They’ll certainly never be boring come Sundays.