The continued renovations to the offensive line got off to a slow start, but the New York Jets recovered with a big gain on draft day.

With the offseason in the rearview mirror, ESM looks back on the green offseason that was, position-by-position. This next segment centers on the revamped blocking program…

By this point, everyone knows that Jets general manager Joe Douglas is at least trying to make things right on the offensive line after the negligence of the Mike Maccagnan era. That plan was rather obvious last offseason when the Jets spent a majority of their offseason capital on blocking help.

New York missed out on top names like Jack Conklin and Joe Thuney but dispensed over $34 million guaranteed to George Fant, Connor McGovern, and Greg Van Roten. With their first-round pick, the Jets passed on premier receiving talents to draft Louisville tackle Mekhi Becton instead. It marked the first time the Jets used their opening pick on a blocker since the iconic D’Brickashaw Ferguson/Nick Mangold pairing in 2006.

When the Jets took the field for Week 1 action in Buffalo, it was completely different from the five that opened the prior campaign at the Meadowlands in 2019. But despite Douglas’ financial enthusiasm, the splurge did not have the intended effect. The Jets’ line ranked 29th in Pro Football Focus’ final unit grades, marred by inconsistency. Advanced stats dictated the Jets averaged only 2.5 seconds before allowing pressure and quarterback Sam Darnold was dropped on 8.3 percent of his dropbacks, the third-worst rate in the league (behind Carson Wentz and Daniel Jones).

The Jets did enjoy a huge silver lining in the form of Becton, who lived up to his first-round billing and then some, offering the Jets serenity in passing on names big box score names like Justin Jefferson, CeeDee Lamb, Henry Ruggs, and Jerry Jeudy. 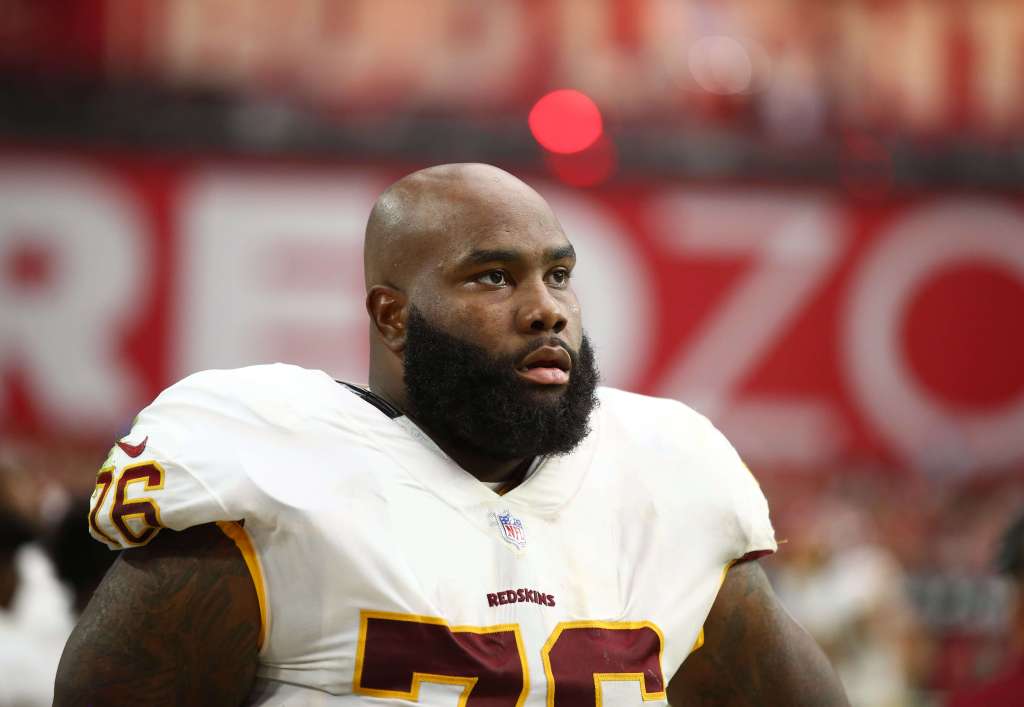 Gifted with a cap space surplus, many expected the Jets to hit the ground running. But New York got off to another slow start on the free agency front, watching their top targets and revered blocking names like Thuney and Corey Linsley sign elsewhere.

This time around, the Jets instead opted to spend the early portions upgrading their box score weaponry through receiving and rushing help. Depth-based consolation prizes awaited in Dan Feeney and Corey Levin from the Los Angeles Chargers and the New England practice squad respectively. Levin hasn’t appeared in a regular season game since 2019 while Feeney was an average blocker whose profile was amplified through a lively, larger-than-life personality that quickly won over Jets and Islanders fans alike.

Douglas and the Jets changed the narrative on draft night, boldly sending away draft picks (one of which was obtained in Jamal Adams’ Seattle deal) up north to Minnesota to draft USC blocker Alijah Vera-Tucker. Known primarily as a Trojan guard, Vera-Tucker spent the shortened 2020 season as a tackle, showcasing his versatility. It was a costly endeavor…the Jets had no Friday picks beyond Elijah Moore at 34th overall…but Douglas’ dedication to this renovation can’t be denied. Vera-Tucker is expected to take over the primary left guard role previously occupied by Alex Lewis, who struggled last season in starting duties but is nonetheless back as a depth option.

The Jets enjoyed an extra boost to the line in the late stages of the offseason, negotiating a one-year deal for Morgan Moses, formerly of the Washington Football Team, shortly after minicamp. Moses has been one of the most effective blockers in the league and is coming off a career-best campaign. He brings the championship feeling desired by the Jets in other acquisitions, having played a strong role in Washington’s run to the division title last season. His reliability, having started every game since 2015, made him an attractive late gem as well.

Along for the ride is newly minted offensive line coach John Benton, who will also serve as the run game coordinator. Benton reprises the former role he held for four seasons alongside Robert Saleh and Mike LaFleur in San Francisco.

Jan 3, 2021; Foxborough, Massachusetts, USA; The New England Patriots and the New York Jets at the line of scrimmage for the snap during the first half at Gillette Stadium. Mandatory Credit: Winslow Townson-USA TODAY Sports

Maybe Jets fans have been so desperate for any semblance of doing the right thing. But Douglas’ dedication to the unit from the minute he took office has been refreshing. The struggles of last year’s haul did nothing to deter his quest to build a wall in front of his new passing and rushing units.

Douglas faced a bit of an uphill battle in luring free agents to New York. Even though players both domestically and abroad were hyped by Robert Saleh’s hiring, asking marquee free agents to join up with a two-win squad was going to be a bit difficult. It was tough, though, for the Jets to watch Thuney sign a long-term deal in Kansas City without much of a fight.

Having said that, Douglas put his draft money where his mouth was in the latter stages of the offseason, trading some of his valuable draft capital to find a mid-first round gem. At the literal last minute, he was able to convince the serviceable Moses to sign up for the year.

The gestures are great. But no it’s about the success translating on the field.

Douglas’ appreciated offensive line makeover began when he traded a late pick to Baltimore for Lewis and convinced Carolina Pro Bowler Matt Kalil to come out of retirement. It was great to see him take initiative…but now it’s time for results.Â Getting that desired effect may have been a bit easier if Douglas was able to add an elite name.

How important will a revamped offensive line be to the Jets’ success? Continue the conversation on Twitter @GeoffJMags