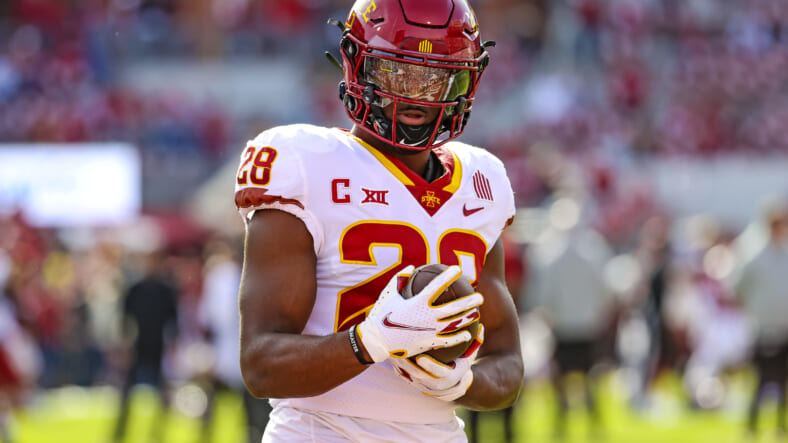 With first-year players reporting to training camp today for the New York Jets, the last rookie to sign his contract, running back Breece Hall, just did so. The official announcement was made by the Jets. This eliminates a concern some fans had entering camp.

The initial report came from Ian Rapoport of NFL Network earlier today. He stated that Hall has been in the building and was set to sign his rookie contract in time for the start of rookies reporting. According to Rich Cimini of ESPN, the deal is worth $9 million with a $3.7 million signing bonus. As is the case with all rookie contracts, the duration is for four years, putting Hall under contract with the Jets through 2025.

Having any sort of holdout to start training camp for Hall as a first-year player would have been less than ideal. He can now simply focus on football and making his impact felt on the Jets.

With Hall now agreeing to terms, this completes the Jets’ thrilling 2022 draft class being under contract.

Hall and second-year running back Michael Carter can make for a fun running back duo. As young players, the potential to be one of if not the best tandem over time could very well be in play. Both players complement each other perfectly in terms of size, speed, and running style, which is a luxury to keep defenses off balance. Also, they can both contribute to the passing game as receivers.

As a rookie, Hall will have sizable expectations. He is an ultra-talented, complete running back who attained immense success throughout his three years of college. The young 21-year-old is set to give the Jets offense big plays early on and be a core long-term player.