New York Jets: Is Sam Darnold ready to break out in 2020? 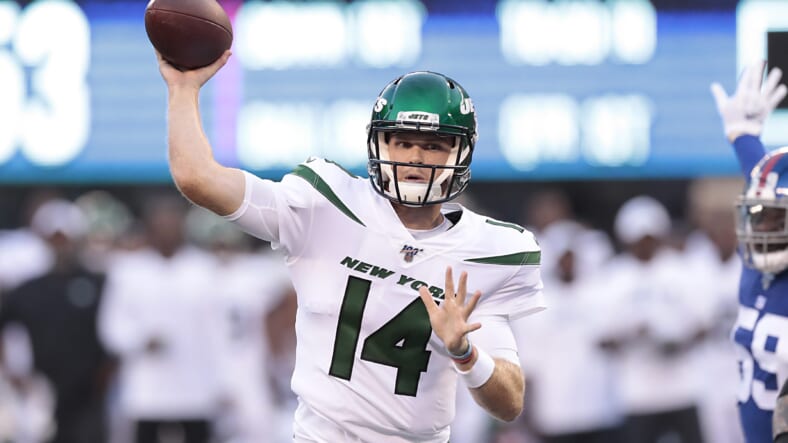 The Jets desperately need their third-year quarterback to reach his potential in 2020, after a mono-plagued 2019 campaign. Sam Darnold has only shown glimpses of brilliance, but his deficiencies can be correlated to the lack of performance on the offensive line and weaknesses at the wide receiver position.

Over the last 26 games, Darnold has turned the ball over 33 times, he also fumbled the ball 11 times, which were luckily recovered by the Jets.

Ultimately, his second year was not only shortened due to illness, but he was learning a new offense under head coach Adam Gase. His development as a signal-caller should see him improve in the season ahead, and general manager Joe Douglas made it a priority to sign numerous starting offensive linemen this free agency period.

The upcoming NFL draft could present another opportunity for Douglas to draft a tackle, solidifying Darnold’s protection scheme, ensuring he is put in a position to succeed.

Darnold undoubtedly has all of the physical abilities to become a top quarterback in the NFL, but he also needs another wide receiver to assist in his growth. Letting Robbie Anderson go in FA and signing Breshad Perriman doesnâ€™t necessarily scream “upgrade.” They could elect to use the 11th overall pick on a wideout like Jerry Jeudy or Ceedee Lamb, giving Darnold a premium pass-catcher to utilize moving forward.

I believe protecting Darnold should be the priority first and foremost, as the Jets already have a quality defense. Gang Green is far closer to a successful campaign than most might imagine. Plugging a young, talented right tackle in and finding a wideout in the second round in a deep class would give them the tools necessary for Darnold and LeVeon bell to excel.

It’s important to remember that Avery Williamson and CJ Mosely will be healthy next season, so allocating resources toward the offense is justified.