New York Jets: Is Jamal Adams the most important player on defense for the Jets? 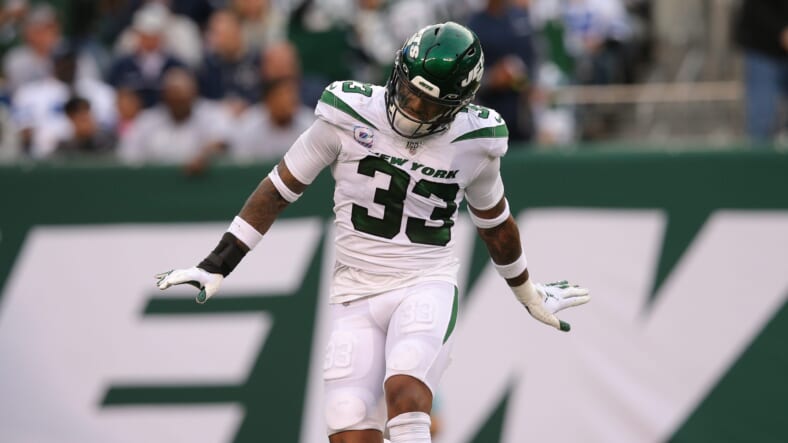 Taking a look at the New York Jets’ defense and if Jamal Adams is really the most influential player on defense:

Most would say that the most important player on defense for the New York Jets is safety Jamal Adams. Adams is one of the best strong safeties in the NFL, having a career year in 2019.

In 14 games, Adams logged 6.5 sacks, 75 combine tackles, 10 tackles for loss, 13 quarterback hits, and three total turnovers. He also posted a 55.3% completion rate against and allowed just two touchdowns. He was a fantastic tackler posting a 5.1% missed tackle rate. Overall, the influence Adams has on defense is unparalleled, but the only player that can stand up to him and CJ Mosley, who missed most of 2019 with an injury.

Reflecting back on Mosleyâ€™s 2018 season (last healthy one), he has the potential to be an even more significant factor than Adams. He posted 105 combine tackles, six tackles for loss, and one turnover. He missed just seven tackles on 112 attempts, earning a 6.3 missed tackle rate. Mosley is undoubtedly one of the best linebackers in the NFL, but Adams’ production is simply too much to compare.

The Jets’ strong safety can simply do it all, from rushing the passer to dropping back in coverage in tackling at a higher rate. The New York Jets seemed to do something different with Adams in 2019, sending him as a blitzer more frequently than a year prior. He blitzed 90 times last season compared to 69 in 2018. He also improved his tackle success rate and was targeted less in coverage, an interesting statistic.

Nonetheless, the Jets have one of the more dynamic duos at safety and linebacker in the NFL, and it ultimately comes down to health. Adams is still waiting on a new contract from general manager Joe Douglas, but nothing has been solidified just yet. The hope is that Douglas will extend Adams prior to the completion of his fourth year on his rookie deal, but he did mention he rarely entertains those negotiation tactics.

However, Adams is doing the right thing for himself, attempting to solidify a long-term deal before the upcoming season, which would help him cash in in case of injury. Adams has had impeccable health, missing just two games last season, the only two heâ€™s missed in his entire career up to this point. Mosley, on the other hand, missed 14 games last year, but itâ€™s set to return to full health and act as a game-changing defender for the Jets.