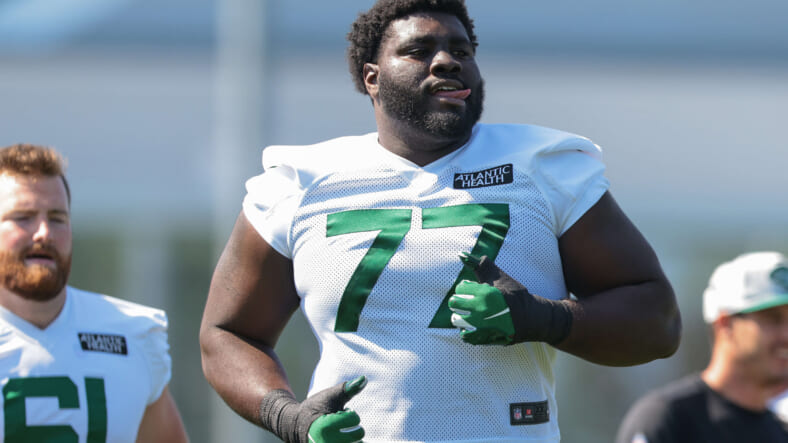 The veterans of the New York Jets are less than a week away from reporting to 2022 training camp. As the start of camp looms, some injury transactions for the team have gone through the league wire.

During the late afternoon on July 21st, injury transactions for the Jets were reported.

The Jets placed the following five players on the Physically Unable to Perform list:

These players can come back at any point. The biggest news here to most is probably with Becton and Fant. The Jets’ likely plan in this situation is to keep it safe with players who essentially did no work throughout the offseason program. Becton obviously did not report this offseason until practices became mandatory. Fant was still recovering from surgery throughout the offseason workouts.

The other injury report released was that the Jets assigned offensive tackle Greg Senat to the non-football injury list.

Some noteworthy players who were not designated to any injury list were Jamien Sherwood, Brandin Echols, Lamarcus Joyner, and Sheldon Rankins.

Sherwood, in particular, is somewhat of a surprise. He is coming off an Achilles injury in late October. Clearly, he has attacked his rehab and recovered well in a short amount of time.

The main thing with all of these players is being available at some point early on in training camp. Getting these players up to speed with reps for the preseason games in order to be as ready as possible for Week 1 is the key.