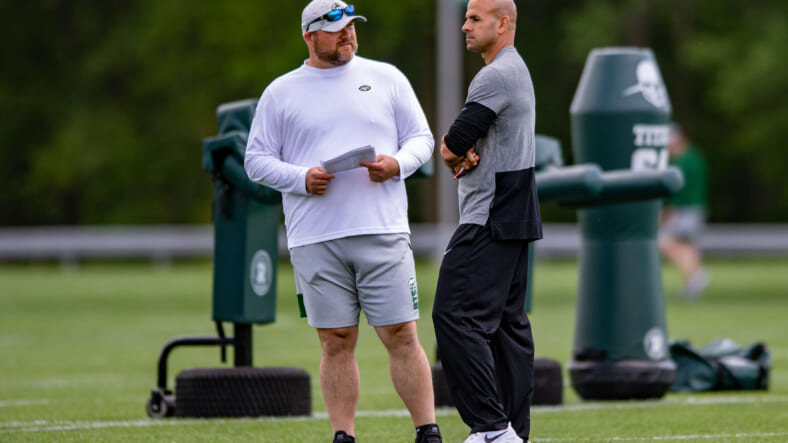 The New York Jets currently have the least amount of dead cap space in the NFL per Over The Cap. Joe Douglas has done an exceptional job of not allowing money to go to waste. Currently, the Jets have just $2.1 million in dead money. The closest to the Jets happens to be the Los Angeles Chargers with $3.7 million. In terms of the team with the most, the Atlanta Falcons have $63.2 million, a whopping difference of over $60 million from the Jets.

In 2023, at the moment, the Jets have no dead money against the cap whatsoever. They are one of just eight teams with no wasted cap for 2023. For reference, the team with the most, the Philadelphia Eagles, are already at $25.2 million in dead money.

For Douglas and the Jets, the difference is impressive in comparison to years past. In 2020, the Jets had $53.6 million wasted per Spotrac. In 2021, while it was better, it was still not even close to good enough. Last year, the Jets had $35.9 million in dead money.

Douglas has done an admirable job when it comes to the top-tier talent and depth the Jets have entering 2022. His primary focus has been building through the draft. He has supplemented with some stellar free agency additions all three offseasons he has been in charge. While at the same time, Douglas has kept remarkable flexibility for the Jets’ future.

Even with some recent spending in 2021 and 2022 free agency, the Jets still have over $100 million ($110.9) in 2024. With projected big contracts set for core players in George Fant and Quinnen Williams, Douglas has kept enough for future spending. Hopefully, Douglas continues to focus on building through the draft, and the Jets are able to keep their own as they look to build a consistent, long-term, winning football team.