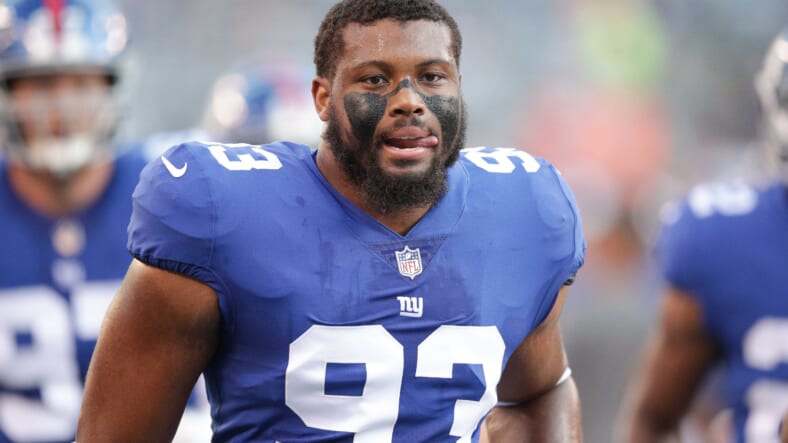 A fourth-round pick of the Giants in 2016, Goodson partook in seven special teams snaps for the New York Jets on Sunday.

A sack for Bj Goodson. Unblocked? Yes, but this will happen in regular games. He’s putting in the work and I believe it will pay off with a roster spot. There’s is room for both him and Stupar. pic.twitter.com/IMUQcl5c3i

New York Jets linebacker B.J. Goodson announced his retirement on Wednesday afternoon, ending a career bookended by stops with each of the metropolitan area’s football squads. Goodson signed with the Jets last week and partook in seven snaps on special teams during the Jets’ 25-6 loss to the New England Patriots on Sunday.

Goodson entered the league as a fourth-round draft pick (109th overall) of the Giants in 2016, hailing from Clemson. The Giants hosted his first three NFL seasons before trading him to Green Bay in exchange for a draft pick shortly before the 2019 season opener.

He tallied 251 tackles and four interceptions over six NFL seasons, which also took him to Cleveland. The Jets brought him in as an injury replacement for fellow interior linebackers Jarrad Davis and Blake Cashman, each of whom is out for the foreseeable future.

Goodson spent last season with the Browns and posted career-best numbers during the Cleveland playoff trek. He led the team with 91 tackles and six pass breakups (both career-highs) and also earned two interceptions and a fumble recovery.

The former Tiger also started each of the Browns’ two postseason contests last winter and tied with M.J. Stewart for the team lead with 10 tackles in Wild Card triumph over Pittsburgh, their first playoff victory since the 1994-95 campaign. Goodson appeared in five postseason games, including the Giants’ most recent visit in the 2016-17 Wild Card round.

The Jets, sans Goodson, will return to action this Sunday afternoon, hitting the road to take on the Denver Broncos (4:05 p.m. ET, CBS).