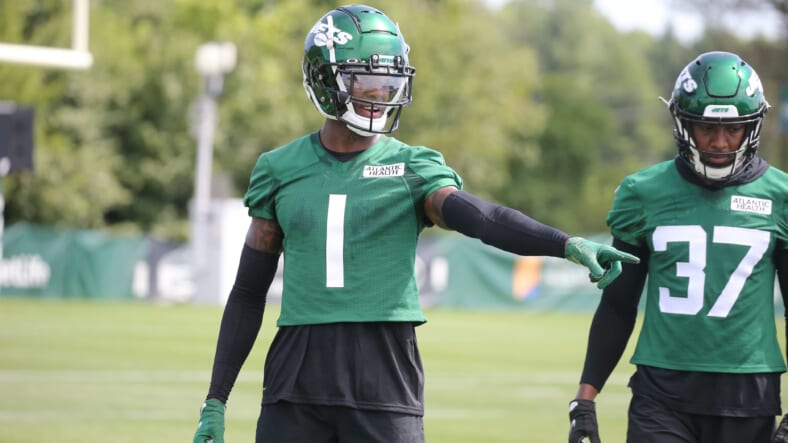 A day after Lance Zierlein of NFL.com shared his top 10 NFL Offensive Rookie of the Year candidates for the 2022 season, of which New York Jets’ Breece Hall and Garrett Wilson were mentioned in the top-four of, he shared his defensive list.

On Johnson, Zierlein discussed how the Jets have not had a double-digit sack edge defender since Calvin Pace in 2013. Zierlein had this to say about Johnson, “He’s a plus run defender with good strength at the point of attack and the athleticism to put together some highlight-reel tackles for loss. His hands and spin moves got better and better throughout last season at Florida State, but the key for Johnson will be his continued growth as a pass rusher. He might be ready to make early noise as a rookie.”

The only two rookie edge defenders to rank ahead of Johnson were top-five picks Aidan Hutchinson and Kayvon Thibodeaux.

When it came to Gardner, Zierlein said, “He has take-it-away talent, a catchy nickname, and bravado for days, which should all work in his favor.” He also highlighted the importance of interceptions for a cornerback to win rookie of the year. Gardner had ball production throughout all three years of college. Lastly, he spoke on the fact that Gardner operated in tight press coverage.

Even listed lower at seven, Gardner was still the top cornerback on the projection. The only other listed was Derek Stingley Jr., who came in at 10.

To have the Jets’ exciting top four rookie draft picks all ranked in at least the top seven on their respective side of the football is thrilling for Jets fans. Gardner, Wilson, Johnson, and Hall are all long-term core players to the Jets. If they can all make immediate contributions as first-year players in 2022, it could go a long way for the Jets in the win column.