New York Jets: Elijah McGuire Could Be On His Way Out 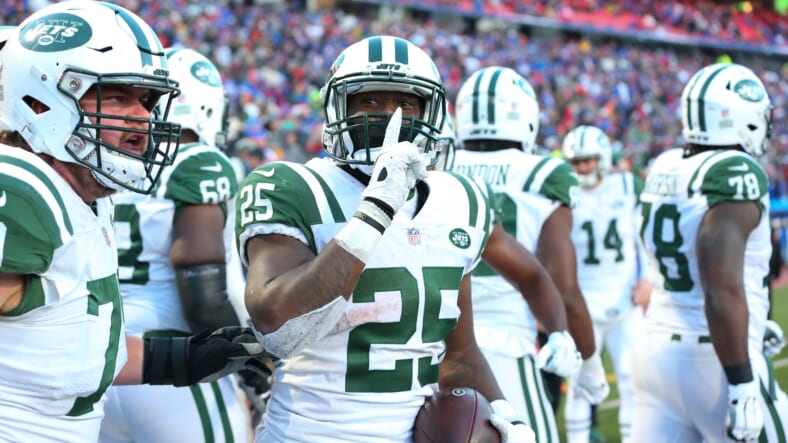 In my recent article about the overview of the New York Jets position battles, I hinted at the fact that I feel Eli McGuire may not be repping the Green and White for too much longer. As a guy whoâ€™s a fan favorite to some, I feel as though my reasoning deserves a more in-depth justification.

Elijah McGuire is entering his 3rd year with the New York Jets. Early on many including myself had really high hopes for him. In his rookie year, he had 88 carries for 315 yards and a score. He didn’t see a ton of success but for his rookie year, it wasn’t bad. In year two,Â he was expected to take a more significant jump. However, it was almost as though he regressed. He had 92 carries for 276 yards and no touchdowns. he made a few crucial plays but he ultimately didn’t prove enough.

He Had His Shot

As he enters his third year he can’t say he didn’t have the opportunity to prove his worth. With injuries and more, McGuire had his chance to win the starting spot or at the very least open some eyes. In the end, he blew his shot. He projected to be at best a solid rotational back.

Now, as the cut day looms, McGuire could be on his way out. McGuire has had a lackluster camp and not demonstrated any reason to keep himself over the dynamic and special teams threat in Trenton Cannon or over the veteran leader in Bilal Powell. McGuire had his shot and hopefully, he gets another one somewhere down the road but his time is likely nearing a close with the green and white.