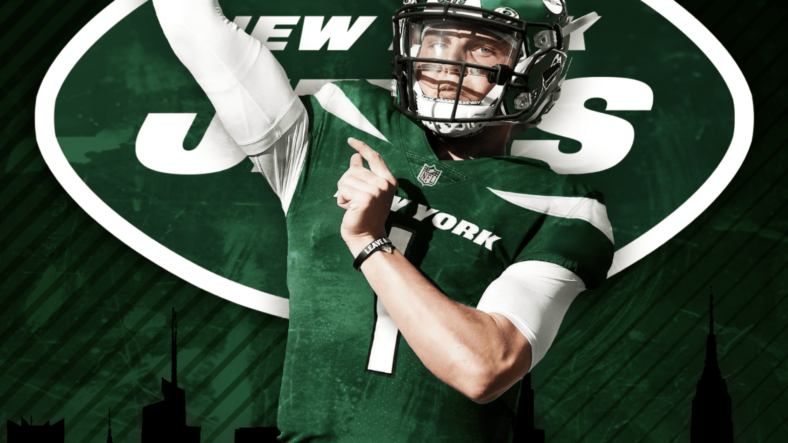 The New York Jets have drafted BYU quarterback Zach Wilson with the second overall pick in the 2021 Draft. Wilson has been the expected pick for some time now, and it has finally happened. Now, he steps into a situation in New York where he will be the starter from the get-go.

The BYU product broke onto the scene this past year with a fantastic junior season. He totaled 3,692 passing yards with a 73.5 completion percentage, 43 total touchdowns and just 3 interceptions.

Wilson seemed to put the rest of his projected draft-position doubts to rest during his pro day. His ability to make all the throws, both on and off-balance, and extend plays has created a lot of buzz and excitement about the next stage.

The new Jets quarterback has drawn comparisons to the likes of Patrick Mahomes and, according to NFL Analyst Lance Zierein, Aaron Rodgers.

“[Wilson’s] an ascending quarterback prospect who possesses the swagger and arm talent to create explosive plays inside and outside the pocket,” Zierlein said in his overview of the quarterback. “The gunslinger’s mentality and improved release points are clearly patterned off of one of his favorite players, Aaron Rodgers.”

If Zach Wilson can resemble the Packers’ star to any degree, the Jets, and their fans, will be head over heels for the next decade, at least. However, the time for talking is over. The clock for him to prove it starts now.