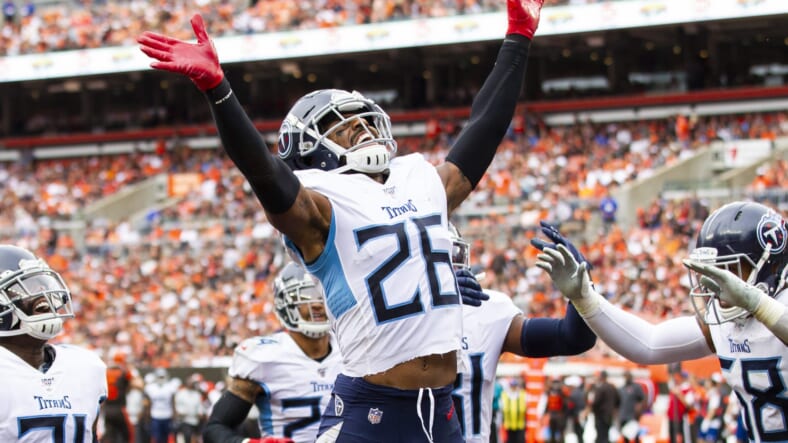 The Jets have four pressing needs — offensive Line, cornerback, wide receiver & edge rusher. The Jets need another corner; however, they could really use a development guy to build around alongside Bless Austin, which makes the latest rumblings a bit confusing.

Per Manish Mehta, the Jets have internally discussed making a run at CB Logan Ryan. Manish has had his fair share of stories be debunked, so this can be taken with a grain of salt. Still, this is an interesting player for the Jets to have a case in.

Logan Ryan is a New Jersey kid who attended Rutgers University. After a stable career there, Ryan was drafted in the 3rd Round of the 2013 NFL Draft by the New England Patriots. When Ryan debuted, he immediately carved himself a role with the Pats.

Ryan was a very solid corner with them until he left in 2016. He then joined the Titans, where Mike Vrabel has coached him. The now-former Titan comes from an excellent background of coaches, and he holds a championship pedigree with two rings under his belt. Ryan is also 29 years old, so it’s fair to assume he still has a few years of good football left, so being unsigned has been a bit perplexing.

How Would Ryan Fit?

Logan Ryan has always been a stable corner. Last season he had one of his best seasons yet — 113 tackles, 4 INTs, and 4 TFLs. Ryan had an awe-inspiring season and was overshooting his potential market value.

Now the Jets are discussing how heâ€™d fit financially and within the team. Ryan and Pierre Desir would be a great duo to pair with Poole, but it seems like more of a win-now move. If Ryan is cheap, and they believe it gives them more draft flexibility, than itâ€™s a solid decision. You can never turn down a good player, but Ryan would likely pull some reps away from Bless Austin, and unless they donâ€™t have much faith in Austin, this move would be a strange one.

I like Ryan, and I think adding him would make for a solid secondary, but he’s likely in the market for a multi-year deal. At the same time, teams are a bit concerned with his ability to hold up in coverage, allowing a dismal 66% completion rate against him in 2019. Also, the move may take opportunities away from younger guys like Austin and a potential draft pick at a time where their development is more crucial than adding a veteran with inconsistent coverage abilities.Â