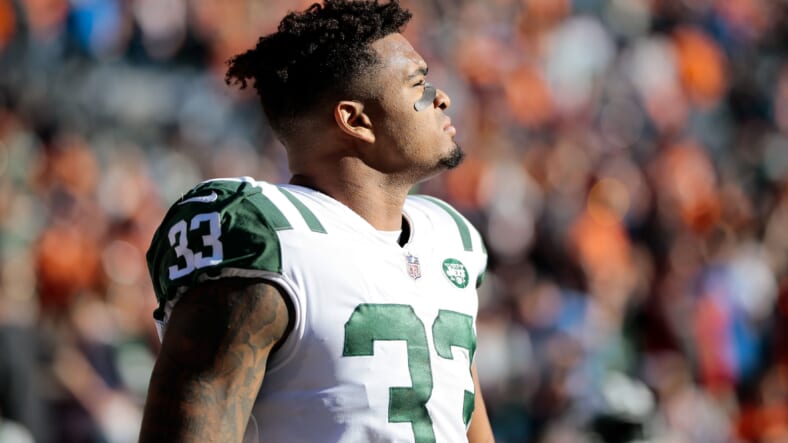 The New York Jets could lose their best defender if they don’t crack open their checkbook.

Extending Adams before his fourth season in the NFL would be a bit premature, which is the ground Douglas stands on, and rightfully so, considering only, “15 of 191 first-round picks from 2011 through 2016 received extensions after their third season,” ESPN reports.

While Adams might be beating a dead horse, or rather one that hasn’t even been alive yet, the Jets seem set on letting him play out his fourth-year and then considering his value afterward. Reports in 2019 indicated that the Jets could trade the star defender, having been linked to the Cowboys before negotiations fell apart, supposedly.

This year could offer the Jets another opportunity to unload him for a massive haul and two years left on his contract (5th-year-option included). With Douglas investing heavily in the offensive line and the defense sitting strong, trading away arguably their best player would be malpractice. If they’re keen on reaching the playoffs or being competitive in any sense, holding onto Adams for dear life should be the priority, but succumbing to his power and offering him a deal before his rookie contract even expires would be silly.

At some point, the Jets need to stay strong and take control of their players, which is precisely what Douglas seems to be doing.

Jamal, 24, is expected to make $3.5 million in 2020, the final year of his rookie deal, which the Jets could extend by picking up his 5th-year option. His entire rookie deal with fully guaranteed by the Jets at $22.3 million.

Considering Adams’ personality, he could comfortably sit idly by as the Jets play 2020 and take on the no-show fines until his team inevitably collapses and pays up. Alternatively, they could slap him with the franchise tag after his deal is up and continue to grind his gears. However, I fully expect them to offer and extensions after the 2020 campaign.