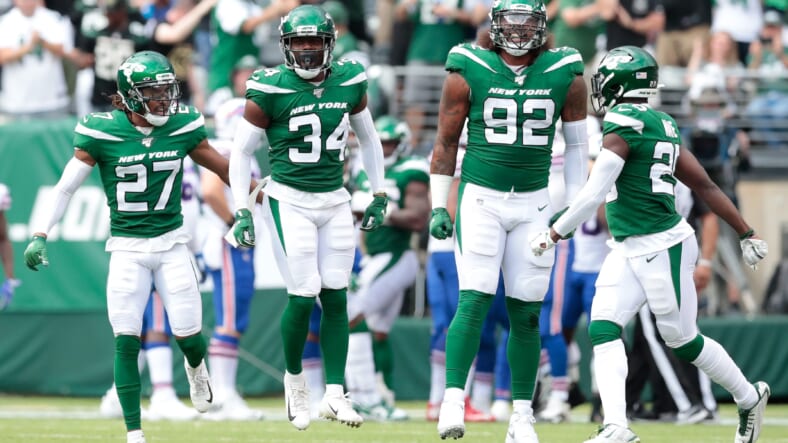 The New York Jets offensive line has been really really bad this season. They are currently one of the worst offensive line units in football. Mike Maccaganan and his draft pick, trades and signings being there normal amazing moves have failed miserably throughout the early part of the season. However, one of Joe Douglas’s best moves has truly proven to be excellent.

Alex Lewis Has Broken Out

When Lewis was acquired from the Jets I said I had semi-high hopes for him. He had always been a sort of rotational offensive linemen. Heâ€™s always been a damn good one though. Since coming from Baltimore, Lewis was on the bench for the start of the season. However, when Adam Gase instituted an open competition for all offensive line positions Alex Lewis and Chuma Edoga were able to get starting spots. Since then, Lewis has been the most reliable offensive lineman. Edoga has been good, Lewis has been great. For the minimal price the Jets got him for, this was a damn good movie. Especially in the wake of another turn of events.

Osemele went down with a shoulder injury and although he has missed time it wasnâ€™t thought to be severe. However, after getting cleared by two doctors he personally felt surgery is a necessity. So, the Jets and Osemele were in a standoff. The Jets made the first move by fining him for skipping practice despite being cleared. Now another phenomenal Mike Maccaganan move is paying off for the Jets. This time theyâ€™re disagreeing with a guy who was replaced by Alex Lewis a cheaper replacement and will now get stuck with Osemeleâ€™s contract for the foreseeable future. It remains to be seen what will happen next but the Osemele situation is one to watch.