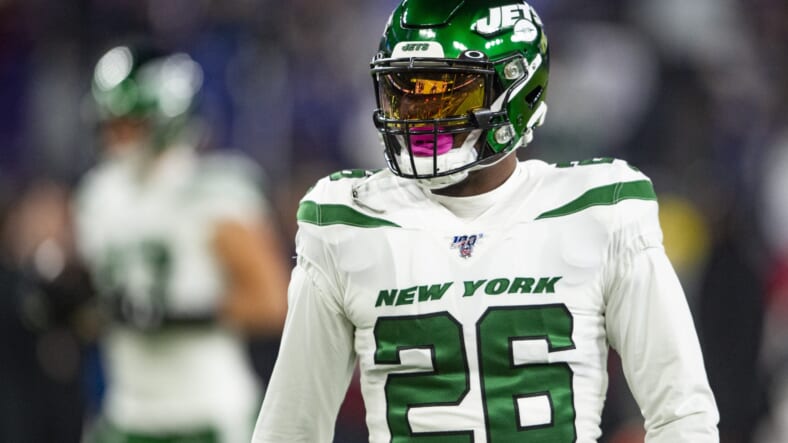 Leâ€™veon Bell and the New York Jets are expected to part ways at some point in the offseason which will leave the Jets with another massive hole to fill on offense. Leâ€™veon Bell is the only running back on the Jets that is under contract for the 2020 regular season. Bell was misused the entire season and set career lows in yards per game and yards per attempt. Here are the three best options for the Jets to fill their need at running back this season.

Jonathan Taylor would be the perfect fit for the New York Jets assuming they resign Bilal Powell. Taylorâ€™s downhill running style would be a perfect complement to Powellâ€™s receiving ability and would open up the playbook for the Jets. Taylor comes from the University of Wisconsin which relies heavily on their run game, so he is no stranger to zone and gap blocking schemes which essentially makes him scheme proof. Taylor style is very reminiscent of Chris Ivory and he could provide an identity to an offense that has none.

This one is kind of a long shot but if Melvin Gordon is available, he is worth looking at. Melvin Gordon is a proven running back and is only 26 years old. Gordon is a versatile back that can do everything you ask him to do. Although it wouldnâ€™t make sense to replace Leâ€™veon Bell with a running back like Bell it is the Jets and theyâ€™re not really known to make the smartest moves. The chances of Gordon landing in New York are even slimmer with the fact that he wants to be among the highest paid backs in the league. If somehow Gordonâ€™s market isnâ€™t high enough expect the Jets to be players.

Heading into the 2019 college football season Travis Etienne was regarded as the top running back of the class, as the season drifted on focus shifted more towards Dâ€™andre Swift. Travis Etienne is a game changing back who is extremely explosive and elusive his ability to accelerate quickly makes him such a dangerous weapon in the backfield. Etienne is an underrated pass blocker as well and can do it all he is comparable to Bilal Powell.