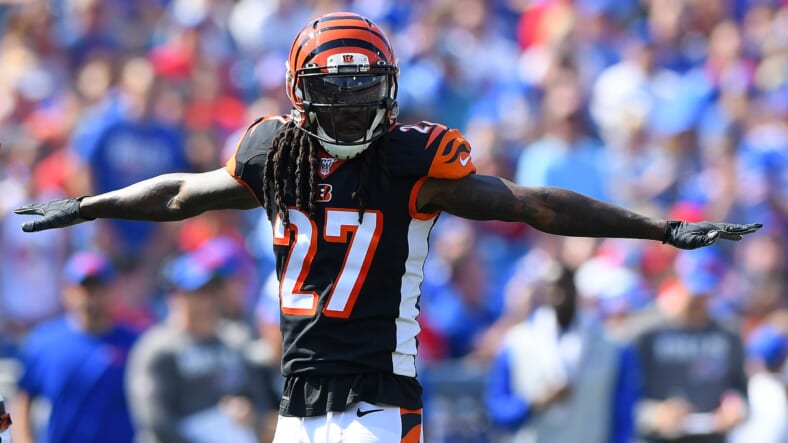 The New York Jets still have a shaky secondary, specifically at the cornerback position where they lack a true ace. Solving the issue with a free agent makes the most sense, despite their only being limited talent available. Ultimately, adding a seasoned veteran would inject competition into the unit and hopefully extract the most value from the players already on the roster.

Recent reports by the New York Daily News indicated that the Jets and Logan Ryan had come to a conclusion on a contract. However, these reports were false — Ryan remains a free agent and stated he is â€œopen for business.â€

While Ryan fits more of a slot right this point in his career, he had a solid 2019 season. At just 29 years old, he racked up 113 total tackles, 4 interceptions, 4.5 sacks, and 4 force fumbles, while playing in all 16 games. Heâ€™s been a good but not great player his entire career, and he has played on some of the best defenses in football. Coming from the Tennessee Titans and New England Patriots, he brings knowledge and experience in successful organizations.

Talib is another veteran that could make sense for Gang Green. At 34 years old, Talib has been one of the game’s more dominant cornerbacks, but age has finally taken its toll. His play has decreased significantly over the past few seasons, but he has immense experience and understands how to play at a high-level. While this is not an ideal scenario, kicking the tires on a one year deal could be worthwhile for the Jets.

Another veteran, Kirkpatrick, is 30 years old, coming off eight consecutive seasons with the Cincinnati Bengals. He has failed to remain healthy in the last two seasons, but he was once regarded as one of the better corners in the NFL.

While Kirkpatrickâ€™s football is probably behind him, he could be a decent number two corner for the time being. He has tons of experience to go along with his football etiquette, and the Jets could do a lot worse than bringing him in to create competition at the position.