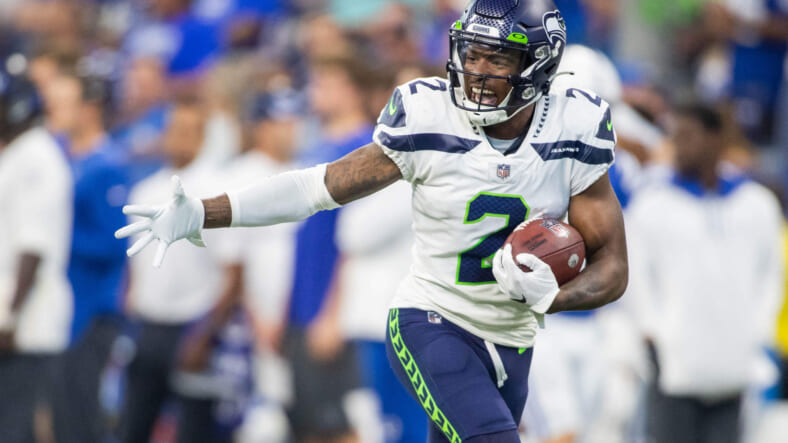 DJ Reed was one of the New York Jets’ big free agent signings this offseason. He is coming off a career year, one in which he played on a great level. Reed is entering year five of his NFL career and turns 26 in November. In 2022, Reed should continue to build on his highly successful play in year one with the Jets.

Last year, Reed started in all 14 games he played. The 14 starts were comfortably a career-high for Reed. He finished the season with a career-best of 10 passes defended. He tied his 2020 interception amount of two. Reed also concluded 2021 with 78 tackles. He excelled in coverage tremendously a season ago. On the year, per PFF, Reed only gave up 35 catches and was thrown at 68 times.

Reed is not the biggest or tallest at 5-foot-9 and 188 pounds. He does, however have solid arm length (31 5/8″) and massive 10″ hands (95th percentile). His length and hand size enable Reed to play on the outside for a smaller stature corner. Reed has good 4.51 speed. Athletically, Reed does have effortless agility and fine explosion. Not only is Reed great in coverage, but he offers a ton as a physical run defender.

Reed will be starting on the outside for the Jets at cornerback, along with another big new addition in Sauce Gardner. With his immense success in 2021 coming as a right cornerback, anticipate the Jets deploying Reed to the right side of the formation defensively. It will however be intriguing to see if, at times the Jets look to mix and match Gardner and Reed based on matchup lining them up across the formation.

When it comes to passes defended, Reed had seven in 2020 and 10 last year. Continuing to grow in 2022 and getting close to 15 would be fantastic. He had two interceptions over each of the last two seasons, growing on that this year getting to three and possibly up to four would be ideal. Based on his tackling amounts per game over the last two years, Reed should record 85 to 90 if he plays all 17 games or close to it. As stated above, Reed is willing and physical coming up to finish plays, he can especially help in run defense.

Reed is a talented, young football player at a premium position who should be entering his prime years with the Jets. His ball skills in coverage will be needed for the Jets’ defense to take a step in the right direction in 2022. The ability Reed has to come up and make his presence felt physically should be on display as well. Reed has two prior years of experience with Robert Saleh from their time with the San Francisco 49ers. In 2022, Reed is in a position to have a great first year with the Jets.