Jets Working on Making Jamal Adams a “Jet for Life” 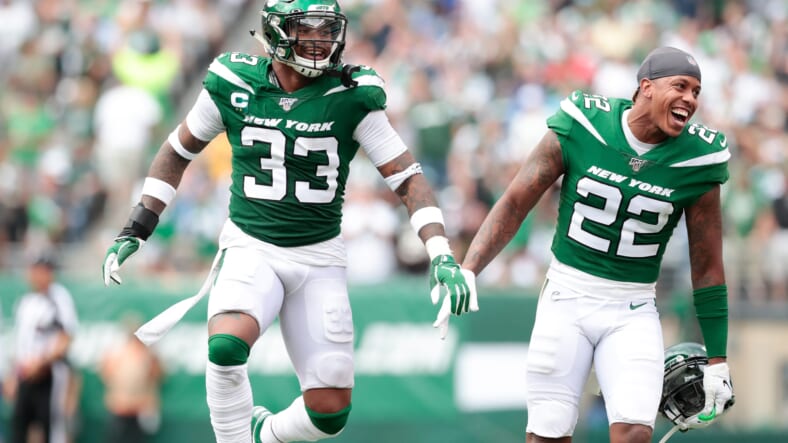 New York Jets safety Jamal Adams wants to spent hi whole career in Florham Park and the Jets’ feeling is mutual. General manager Joe Douglas knows what he has in the 24-year-old two-time All-Pro and isn’t about to let Adams change his mind about his allegiance.

After hearing Douglas’ comments, Adams feels reassured that he is appreciated. That, of course, will all be settled once the Jets commit to him long term financially.

“I feel good,” Adams said. “It gives me confidence going into next season, but we’ll see where everything handles.”

Jets GM Joe Douglas confirmed the sides were working out a deal at the Combine. The Jets shopped Adams ahead of last year’s trade deadline, but it now looks like he’s part of their long-term plans. Adams is under team control through 2021 if the Jets exercise his fifth-year option, so it’s still not a lock he gets a new deal this offseason. He’s looking to pass Eddie Jackson’s $14.6 million AAV as the highest paid safety.

As stated, the Jets don’t have to pay Adams another dime for another two years, but to avoid a schism in their relationship the Jets are going to have to rip up Adams’ rookie deal and pay him among the top safeties in the game.

For now, things are smooth but they can get rocky if the Jets don’t show Adams the love sometime soon.