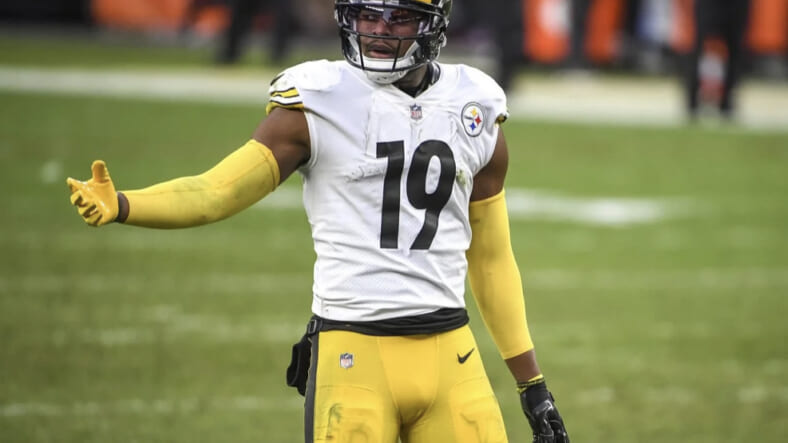 The New York Jets finished with the worst scoring offense in the NFL last season. The lack of consistency and separation out of key playmakers on the outside definitely contributed to that. Now, the team could be looking to make some additions in free agency to address that.

Per ESPN’s Jeremy Fowler, the Jets have wideouts JuJu Smith-Schuster and Will Fuller V at the “top” of their list. Either receiver would bring skill and talent to an offense that needs an infusion of both.

Smith-Schuster is coming off somewhat of a quiet year in Pittsburgh, finishing with 97 receptions for 831 yards and 9 touchdowns. Through four seasons, he has totaled 308 receptions, 3,726 yards and 26 touchdowns in 58 games played.

Will Fuller V is coming off a shortened season, but a very productive one in his limited games. In just 11 games played for Houston this past season, he totaled 53 receptions for 879 yards and 8 touchdowns. Thorugh five seasons, he’s accumulated 209 receptions, 3,110 yards and 24 touchdowns in 53 games played.

If the Jets choose to address the position in free agency, whoever they add will bring depth and enhanced talent to the group for next season, at least.