How will the New York Jets supplement the loss of Avery Williamson? 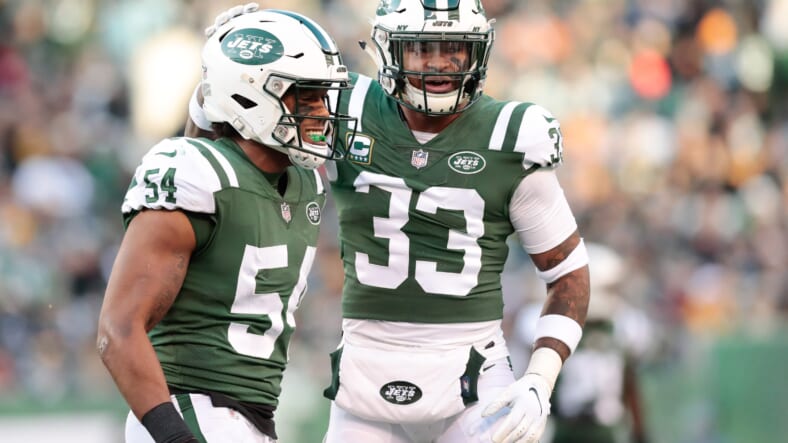 Avery Willamson was an integral part of the New York Jets defense last season and was projected to be a huge piece to this season. His influence was turned upside down due to a torn ACL.

Willamson, a leader, and a star will undoubtedly be tough to replace. What will the Jets do now to supplement his loss? Who can fill in for a vital piece of the defense? Three answers immediately come to mind, and all three can be suitable substitutes.

Cashman was drafted by the old regime in this past draft and is likely to be a critical special teams asset. Instead, he earned favor within the coaching staff and immediately shot up the depth chart. He stood out in practice and then received first-team reps as training camp came to a close.

The only question on why he wonâ€™t be the next option to fill in for Avery is his injury. Cashman sat out against the Falcons and could miss more time. If heâ€™s healthy, the rookie could be thrown into the deep end and whether he sinks or swims remains to be seen.

Letâ€™s hope he can swim.Â

Can Frankie Luvu Continue To Shine?

Luvu was one of the handful of Jets who showed flashes towards the end of the season last year. He finished his rookie year with 22 tackles, 2 TFLs, and 3.0 sacks. He proved his worth and will be in a position to see a multitude of success as a rotational guy. Now with Willamson injured his role projects to expand. Luvu flies to the ball and is an absolute gamer.

The second-year of a player’s career is very telling of the success one can enjoy. Luvu will have a little more pressure with the Willamson injury, but heâ€™ll finally get an expanded role and a more significant opportunity for success.

Neville Hewitt is Under The Radar

An undrafted free agent in 2015, he has reinvigorated what couldâ€™ve been a lost career. Hewitt was a tackling machine for the Dolphins totaling up 89 tackles, a fumble recovery, and an INT. Then last season, he had 39 tackles and 1.5 sacks. He played an excellent rotational role for the Jets last year and earned another year with the squad. Now, this training camp heâ€™s opened eyes and has been a pleasant surprise. Now he gets an opportunity in place of the unfortunate circumstances. What will he do with his shot remains to be seen.Â

The Darron Lee trade could prove to be a costly mistake if nobody steps up. However, with three young and feisty linebackers looking to make a name for themselves, the Jets may not miss Lee. Ultimately, nobody can be the leader and crucial piece in both the locker room and on the gridiron that Avery Willamson is. Avery, youâ€™ll be sorely missed, but now itâ€™s next man up. Â