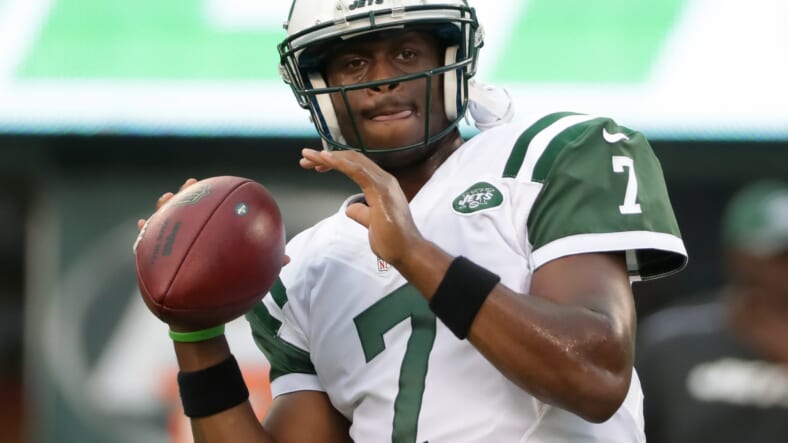 The New York Jets need to leave the past in the past, and Rex Ryan can’t hold back from attacking his former players.

Six years ago feels like a long time ago, but for former New York Jets quarterback Geno Smith and head coach Rex Ryan, it must feel like yesterday. Having participated on the same team, you’d think they would have mutual respect for one another; however, that’s not the case.

Ryan belittled Smith on ESPN’s “First Take” Wednesday, stating that he would be a coaching legend if he had a quarterback like Tom Brady on his team, continuing to thrash Smith in the process.

â€œ[Patriots head coach] Bill Belichick is the greatest of all time,â€ Ryan said. â€œLetâ€™s give him Geno Smith, whoever, see how many Super Bowls he wouldâ€™ve won. He never won in Cleveland [where Belichick was fired in the early 1990s after five seasons].

Knowing Smith and his social media presence, he didn’t hold back from attacking Ryan, the snake.

â€œMy momma never liked dude he been a snakeâ€¦ and yâ€™all glorify itâ€¦,â€Â Smith tweeted in response. â€œShouldâ€™ve got fired after (year one).. truth is we won 8 games [in 2013] after ESPN had us winning two and he got his job backâ€¦ somehow Iâ€™m caught up in a feud and Iâ€™m the scapegoat.. Same guy that drafted me. #TheBusiness.â€

The reality of the NFL is much more political than most would like to admit. Smith was used to justifying keeping Ryan, who ultimately was fired and ended up with the Buffalo Bills for two seasons — ever since, he has made it a habit to steamroll players from the past, blaming them for his deficiencies.

Former Jets members have been expressing their displeasure over the past in recent days, as Chris Johnson posted on Twitter is regret for joining Gang Green on a three-year, $9 million deal. Hopefully, the past can remain as so in the future, as Gang Green must avoid any more conflict moving forward. With a strong defense and developing offense, there’s hope they can finally put the harmful stigmas behind them in 2020.