Did the New York Jets get a lowkey stud defensive lineman in Jabari Zuniga? 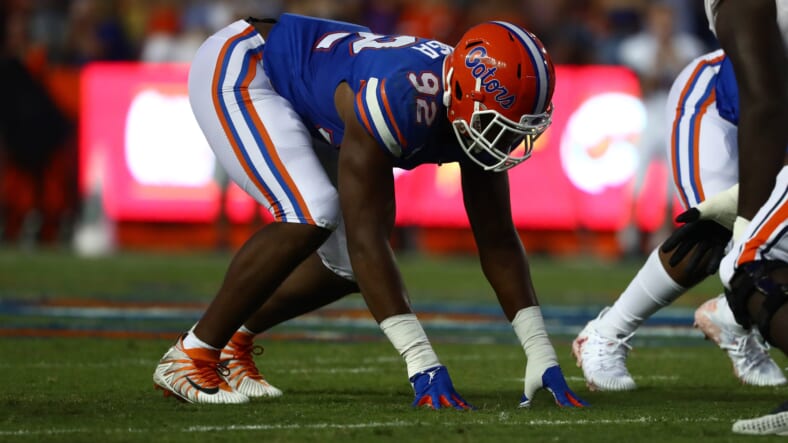 When Florida defensive lineman Jabari Zuniga stayed for his senior year at college, he likely didnâ€™t anticipate missing a majority of the year due to injury. After recording 45 total tackles, 11 tackles for loss, and 6.5 sacks in 2018, he backed it up with a 12 tackle, 5.5 tackle for a loss, and three-sack performance. Injury significantly hurt his draft stock and forced him down to the third round, where the New York Jets inevitably selected him.

Can Zuniga develop into a premium pass rusher for the New York Jets?

Jabari is an explosive athlete who has tangible traits to become a productive player at the NFL level. He is fierce and disruptive in the trenches, but a high ankle sprain limited his production last year.

His long and thick frame gives him the strength to bull-rush in the NFL against offensive tackles and has played a variety of spots on the defensive from — he has the experience to play a diverse and versatile role for the Jets.

His quickness and power off the line of scrimmage make him an exciting prospect, but his balance has been an issue in the past. He also gets fatigued rather quickly, which can happen with high motor players that exert a lot of power. Increasing his stamina and lower body strength will do him plenty of good in the NFL, and the Jets will likely look to those spots in his development.

He can be a fantastic player on the interior and in sub-packages. He can also play at the four or five-technique inside, attesting to his versatility and adaptability.

Overall, Zuniga has the physical traits to be a quality player; it ultimately comes down to the full recovery from his high ankle sprain and increasing his balance and stamina. Luckily for the Jets, they received an incredibly high up-sided player in the third round.