Could the New York Jets draft a quarterback in 2021 if Sam Darnold doesn’t improve? 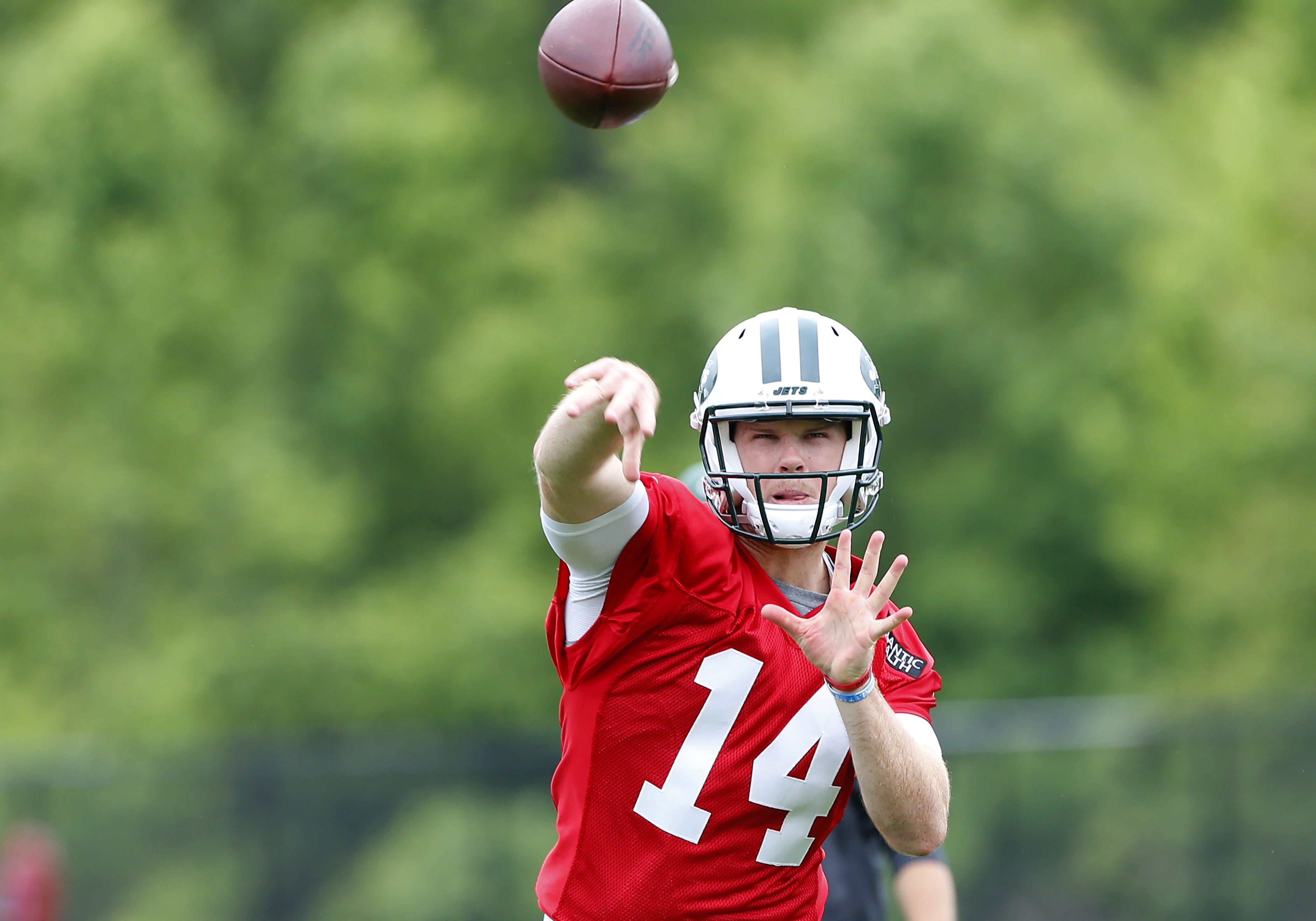 Before we get started, it is essential to note that New York Jets quarterback Sam Darnold missed three games in both 2018 and 2019, and will be just 23 years old going into his third season in the NFL. However, in his first two seasons as a professional, he has never logged more than 19 touchdowns and has thrown double-digit interceptions in both seasons.

His production on offense has been inconsistent compared to the success he enjoyed at USC. Inconsistency was always his flaw, and putting it all together was the primary goal for him at the NFL level. So far, he has failed to overcome that deficiency.

Given his youth and the lack of a quality offensive line to work with, Darnold cannot be blamed for the degradation of the offense and inconsistent play. The Jets essentially threw out a bunch of misfit toys to protect Darnold in 2019, leading to 33 total sacks.

He did improve in several important categories, including completion percentage where he jumped from 57.7 to 61.9, and total yards, where he added nearly 200 additional yards to his 2018 stats in the same number of games.

However, Darnold threw the ball about 30 more times in 2019, indicating that the Jets did not have faith in their run game due to the offensive line protection. General manager Joe Douglas was just buying this time until he could address the situation this off-season, where he signed a Greg Van Roten, Connor McGovern, George Fant, and drafted Mekhi Becton out of Louisville with the 11th overall pack. They shored up nearly every position on the line, despite some of the players being fringe starters. While it might take some time for the line to achieve cohesion and chemistry, Darnold should see an uptick in efficiency and productivity.

That leads me to my question, can I just continue to rely on Darnold if he flops in 2020?

The reality is, the Jets will have two years left on his rookie deal, including a fifth-year extension, giving them plenty of time to round out their team and give him the resources he needs to succeed.

Alternatively, they cannot continue to dump assets into the defense with an incapable offense setting the team back. If the Jets somehow land in the top five picks of the 2021 NFL draft, they could look to Justin Fields to fill the void or compete with Darnold.

While I believe Darnold will remain in the mix for at least the next two seasons, they cannot put all their chips in on a quarterback who simply can’t find the recipe for compatibility. There are some voids on both sides of the ball, but as a whole, the team has enough playmakers to compete in 2020. With that being said, Darnold is a very good passer when playing at the top of his game, and this article is only meant to describe a situation if he struggles next season, which I don’t think he will.

Yankees’ Jameson Taillon made his first rehab start after ankle injury: What’s next for him?
New York Yankees

Yankees are now “in control of things”
wpDiscuz