Can the New York Jets rely on Pierre Desir as their top corner in 2020? 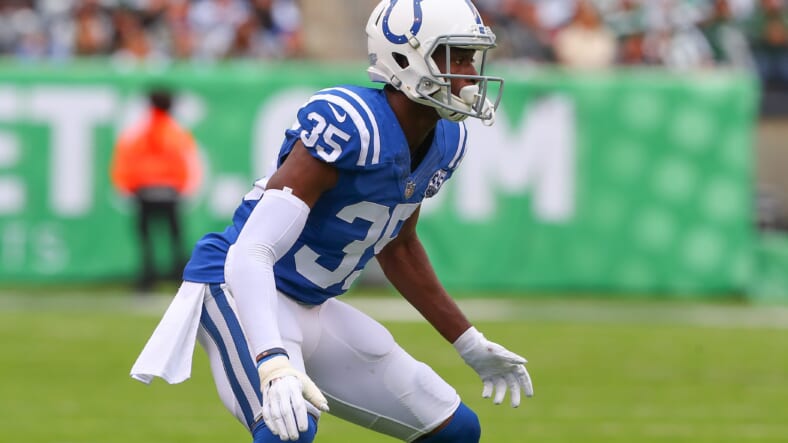 Can the New York Jets rely on Pierre Desir in 2020 as their top cornerback?

The New York Jets are undoubtedly taking an interesting approach with their cornerbacks unit, featuring new signing Pierre Desir, formerly of the Indianapolis Colts, as one of their primary options. At 29 years old, Desir is a native of Port-au-Prince, Haiti. He played football in Division II with Washburn, where he eventually earned himself a fourth-round selection (127th overall) in the 2014 draft by the Cleveland Browns.

Desir is a quality corner that has played inconsistently throughout his career. In 2019, he earned a 64.9% completion rate against and allowed five touchdowns. He also logged a 13.8 missed tackle rate, showing off a significant decrease in tackling efficiency and coverage ability. He tends to have more success as an off-ball man cover corner. He can get tossed around at the line of scrimmage due to a lack of strength and hand fighting, but he is decent in mirroring opposing wide receivers and sticking with them on their breaks. His lack of strength is supplemented by good athleticism and play speed, but I wouldnâ€™t categorize him as a top corner on any given team.

He signed a one-year deal with the Jets, likely a “prove it” contract to earn a long-term extension in 2021. Over the last six seasons, he has spent time with the Browns, Chargers, Seahawks, and then a more consistent home with the Colts.

His best game to date comes against the Houston Texans in the 2019 AFC Wild Card game, which the Colts won 21-7. He covered top wide receiver, DeAndre Hopkins, all night, limiting him to 37 yards on five receptions. The longest catch was a 13-yard reception in the fourth quarter, with the Colts enjoying a healthy lead and shutting down one of the league’s most prolific pass-catchers likely aided in the Jets deciding to sign him. He has the ability to play above his weight class; he doesn’t have the consistency to match up weekly and dominate against top WRs.

Nonetheless, the Jets needed another corner they can rely on after the Trumaine Johnson debacle. Currently, they have Desir, Bless Austin, Quincy Wilson, Arthur Maulet, Brian Poole, Nate Hairston, and Bryce hall as their corners available. This unit is extremely thin on paper, as Austin showed promise in 2019 as a rookie, but expecting him to feature as a top-two corner is optimistic.

Hall, on the other hand, suffered a significant injury last season with Virginia, limiting his reps and production. He has the potential to develop into a starting corner, but I wouldnâ€™t guarantee anything during his rookie season.

I would be stunned if the Jets didnâ€™t land a veteran corner to aid this unit, as sticking with their current grouping could be problematic during the 2020 season.