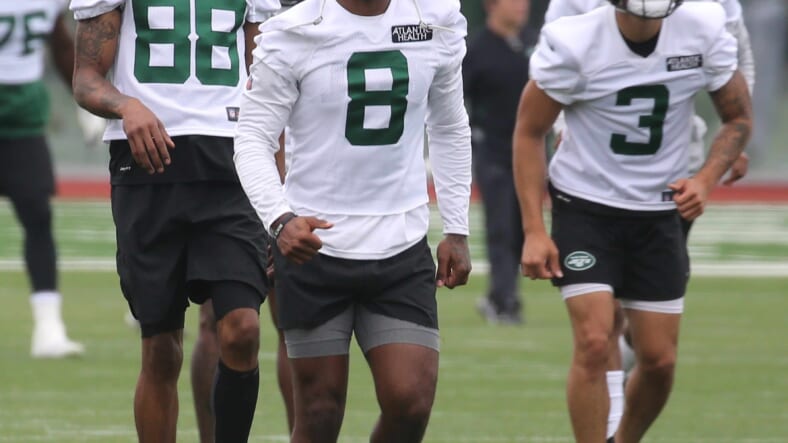 There is no question the New York Jets had one of the best draft classes in the NFL this year on paper, and now itâ€™s time for them to display their talents during training camp and hopefully come the regular season. Of course, the drafting of Zach Wilson will plaster the headlines, but they have two more players capable of achieving greatness at the next level.

Two players the New York Jets struck gold with in the 2021 NFL Draft:

Elijah Moore is the ideal slot receiver, standing at 5’9″ and 178 pounds. As a shifty pass catcher, he posted 1,193 yards and eight touchdowns last year with Ole Miss, presenting a fantastic athlete in the open field and consistent hands.

Falling to the second round, the Jets couldnâ€™t believe their luck, as Moore fits multiple offensive systems, whether it be a West Coast style or Air Raid. He has the versatility to align outside and in the interior, representing a dynamic athlete with sudden quickness and sky-high potential. While his route running is still a bit raw, the right coaching should do the trick regarding his development at the next level. As a tough and gritty player, more has the ability to create after the catch and offer home-run capabilities.

While the drafting of Moore created the narrative that Jamison Crowder’s time in green might be coming to an end, the two sides settled on an agreement, slashing Crowderâ€˜s salary by about 50%.

So far this off-season, Elijah has been a massive stand-out, impressing Robert Saleh as he shifts alignments. He checks all the right boxes when it comes to progression and fundamentals coming out of college. He is already making stellar improvements with the team, and gaining chemistry with Wilson could curate one of the most exciting QB-WR duos the Jets have seen in years.

In fact, Hall of Fame OT Anthony Munoz has already become a big fan of Tucker, who not only impressed him on the field but also with his intellectual nature.

“The first thing I knew about Vera-Tucker was that he played guard, he opted out because of Covid, then when the Pac-12 decided to play, he played left tackle and he played extremely well. I knew he was versatile, to move from inside to outside and to be effective. … I knew he was a pretty good offensive lineman, but the thing I noticed right away was how genuine and down to earth he is. At the same time, he’s focused and eager to get to work. He wanted to learn. That’s the sign of a guy who’s going to be a great, great player. He wants to learn and he’s not satisfied with his performance at the college level.”

Munoz detailed one specific factor that should excite fans about Alijah, his transition from the inside at guard to starting at left tackle, where he played well. That type of transition is not simple or smooth, and he held his own with ease, elevating his draft stock considerably. Per PFF, AVT played 975 total snaps during his career at USC, allowing 5.0 sacks, 3 QB hits, and 8 quarterback hurries.

Consider this, Greg Van Rotan, who the Jets signed last year to help supplement weaknesses in the interior, allowed three sacks, two QB hits, and 19 hurries in 752 snaps last season. AVT should offer an instant upgrade at guard but also has the versatility to swing outside if injuries arise. His development will be exciting to watch, and adding potentially elite players on offense is exactly what the Jets needed to build around Wilson.