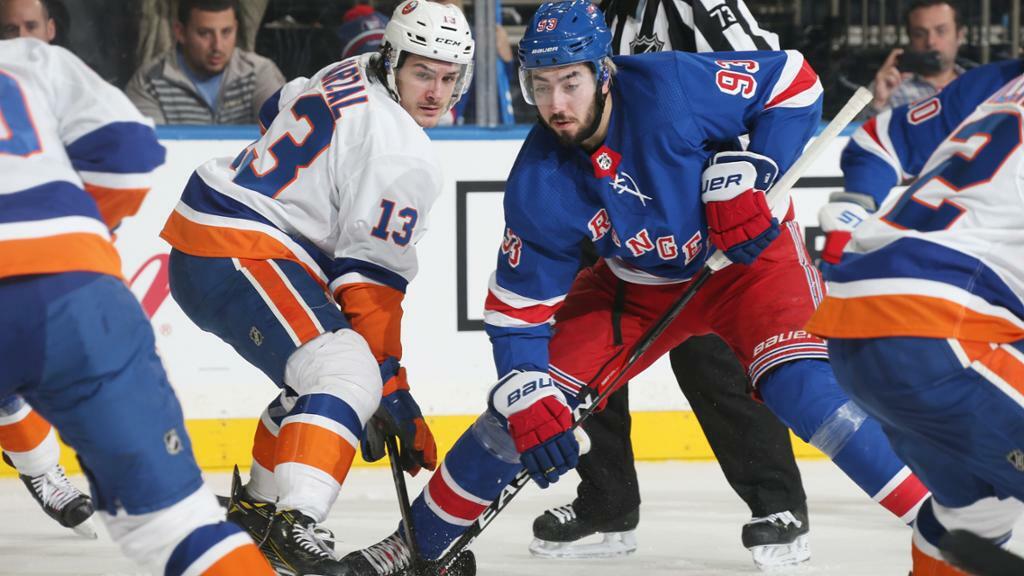 With the NHLâ€™s regular season schedule this year only slated for 56 games, teams â€” and more so rivals â€” will become very familiar to one another quickly. That includes the Islanders and Rangers.

The league announced its full slate of games yesterday and one of the opening matchups will have the Isles squaring off against the Blueshirts on January 14th at Madison Square Garden. The two clubs will also meet again two nights later for the second of their eight contests this year.

Full marks to the NHL for pairing these two hated rivals right off the hop; the league is doing the same with all 31 teams. Those first two games will be a great way to set the tone for what should be a unique sprint for both squads.

The Islanders and Rangers are expected to be in the mix for the four postseason spots available in the newly formed East Division. Both clubs are looking to build off successful previous campaigns in 2019-20; the Isles coming off an Eastern Conference finals appearance for the first time in 27 years; the Rangers earning a playoff berth and seeing their rebuild fully exhilarated.

The Rangers drafted Alexis Lafreniere number one overall in the draft in October and heâ€™s expected to be one of their premier forwards along with superstar Artemi Panarin. While out on the Island, the Isles finally locked up their future in goal, 25-year-old Ilya Sorokin.

Sorokin and Rangersâ€™ stud netminder Igor Shesterkin â€” best friends and fellow countrymen â€” has the potential to be one of phenomenal new quirks in the rivalry. Itâ€™s a real possibility we could see the first of many battles between the two in that two-game set. So, that just adds to the intrigue and the anticipation for when the puck finally drops.

Furthermore, the barnburners the Isles and Rangers put on last year (outside the 6-2 beatdown by the Blueshirts at MSG) added some much needed juice back into the rivalry which had gone cold for a few years from the Islanders completely dominating.

Two straight to start the year should really bring out the best in both teams. Also helps that those four points at stake could come back to help or hurt either later on in the year.

The 2021 hockey season expects to be a wild one, especially around here in the New York area.

The Islanders and Rangers squaring off against each other is an excellent way to set the tone.

There will be no rest for the weary from an Islander perspective once they finish their first two games with their crosstown rivals. They face the Bruins for the first of eight meetings in their third game of the year, also the final home opener in the history of Nassau Coliseum.

It was pointed out two weeks ago how much the Isles have struggled with Boston. So seeing them very early on too poses a big challenge and a possible look at one of the better clubs the Islanders will be fighting all year long with to win the division.

You never want to look too far ahead, but the two parts of the schedule that really catch your eye this season are the seven-game homestand that spans from late February into early March. The other, a nine-game stretch which includes Washington twice, the Rangers back-to-back, Philadelphia three times and the Bruins twice. That gauntlet of games could be a season-deciding.

Two of the Islandersâ€™ last three home games should make for some memorable nights. May 1st marks the final Isles-NYR regular season affair in the history of the Coliseum. Seven days later will be the last, last regular season game in the buildingâ€™s 48-year history against New Jersey.

Fans or no fans, both games will have some extra importance to them.