The next great possible New York rivalry could be soon, and no itâ€™s not a team one 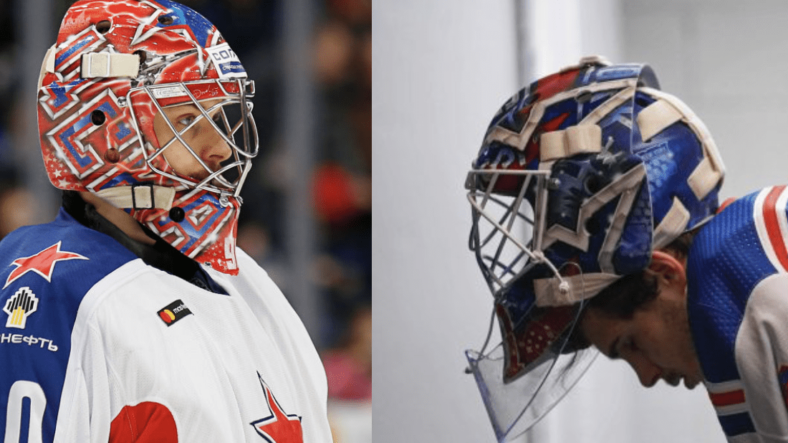 If youâ€™re sensing a theme here, you know exactly where this is heading.

Hockey has and probably will always be the fourth sport in the metropolitan area. Even with three teams all within a short drive of each other, the rivalries have taken a backseat for too long. But if all goes according to plan, two guys â€” the Islandersâ€™ Ilya Sorokin and Rangersâ€™ Igor Shesterkin â€” have the chance to make for one of the most entertaining and interesting rivalries very soon.

The Isles were finally able to sign Sorokin on Monday after a long, six-year wait. As for Shesterkin, heâ€™s gearing up for the postseason as the Blueshirtsâ€™ presumed starter after he went 10-2-0 as a rookie in his 12 games played before the coronavirus pandemic took hold of the NHL. AndÂ while the first Ilya vs Igor showdown might not come until next season, itâ€™s refreshing to know the two are now a part of their respective organizations. Just the fact theyâ€™re both here has Islander and Rangers fans salivating at the perspective of these two duking it out for the next decade.

Sorokin and Shesterkinâ€™s relationship goes all the back to when they met as 17-year-olds in their native Russia.

The two phenoms fought for goalie supremacy as a part of KHL powerhouses and rivals themselves, CSKA Moscow and SKA St. Petersburg. Both were selected in the 2014 entry draft â€” Sorokin 78th overall and Shesterkin 40 picks later at 118. In addition, both were members of the same gold-medal winning squad for Russia at the 2018 Olympics in South Korea.

So as you can tell, these guys are special, not just individually, but as a duo. Off the ice, their friendship has made for some very entertaining bits on social media.Â But itâ€™s on the ice though where the two bring out the best in each other.

ShesterkinÂ joked with KHL reporter Igor Eronko back in April when Sorokin made his intentions to come to the Isles, saying he was looking forward to a rivalry with Ilya to learn who’s the king of New York and they regularly play NHL20 as the Isles and Rangers respectively.

Is there any more evidence needed to tell these guys are going to own this town?

The hype for them is elevated even more because of the Islanders and Rangers â€” rivals and in the same division, let alone same market â€” are both trending in a positive direction for the future. Both teams are poised to be contenders for the next several years, and Sorokin and Shesterkin are an internal part of that.

It sucks that Sorokin probably wonâ€™t be joining the Islanders in time for when they square off with the Rangers in their exhibition game a week and a half from now. We could have gotten a sneak preview of what might be coming starting next year. But itâ€™ll have to wait for the appropriate time, hopefully in front of 15,000 inside Nassau Coliseum or 18,000 at Madison Square Garden.

The New York sports scene is loaded with young stars.Â Ilya Sorokin and Igor Shesterkin are next in line.

They are ready to hopefully rule New York and begin the areaâ€™s next great era of hockey.