Brock Nelsonâ€™s next evolution as an Islander: become a 30-goal scorer 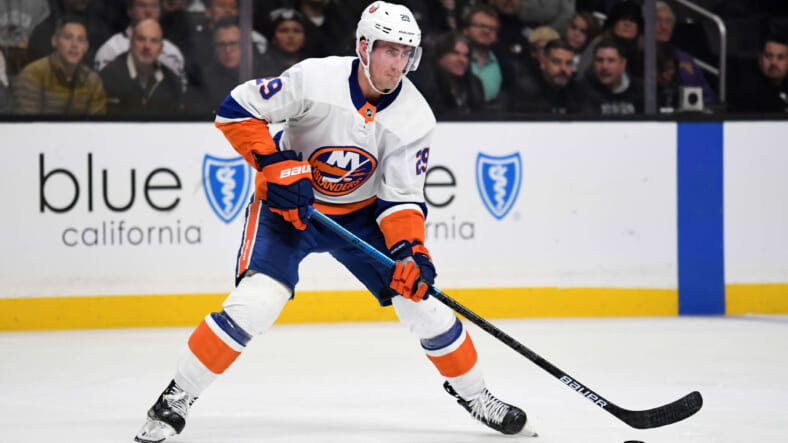 Over the last two seasons, the New York Islanders have done an excellent job evolving as a team. Thereâ€™s been individuals who have also stepped up.

One of them who has played a major role is Brock Nelson.

Nelson has become everything the organization and their fans could have envisioned since he was drafted a decade ago under the Lou Lamoriello-Barry Trotz regime. Over that period, the 29-year-old has also turned into one of the gameâ€™s most underrated two-way centers slotting in behind first-line center Mathew Barzal. Scoring hasnâ€™t been the strongest suit for the Isles recently as the organizational philosophy has shifted to sacrificing more defense for offense. But Nelson has been one of the few bright spots.

Nelson has led the Isles in goals back-to-back seasons with 25 and 26. His postseason in the clubâ€™s run to the Eastern Conference Finals too was nothing short of excellent â€” 18 points in 22 games. If it wasnâ€™t for the coronavirus pandemic wreaking havoc back in March, Nelson might have finally eclipsed the 30-goal plateau.

Itâ€™s hard to believe, but Nelson has yet to reach that feat. Heâ€™s almost gotten there over his seven years in the NHL, the closest being the 26 tucks he recorded last season and in 2015-16. Thatâ€™s why, whenever next season does start, Nelsonâ€™s next step as a player should be to reach 30 tucks.

The Islanders havenâ€™t had a 30-goal scorer since captain Anders Lee in the 2017-18 campaign. Lee actually ended that season with 40 tucks. it would be a big help if Nelson can get to that number. The Isles are always searching for more production internally, and who better to be that guy than Nelson. Look, heÂ doesnâ€™t have 40-goal potential â€” itâ€™d be wonderful if he did â€” but 30 goals is definitely attainable for Nelson with the offensive capabilities he possesses.

Getting to that number should be a realistic possibility too based on recency bias. Nelsonâ€™s totals have continued to improve with each passing season. And to an even further degree, the Warroad, MN native has taken a larger role as one of the teamâ€™s main forwards to help drive the offense with each passing year.

Take it from this perspective too.

If the Islanders do eventually sign Mathew Barzal to a new deal â€” they were able to lock up d-man Ryan Pulock to one yesterday â€” but canâ€™t add another offensive piece, carrying some of that goal-scoring load will fall back on Nelson. That responsibility will also be on Lee, Anthony Beauvillier, Jordan Eberle and Josh Bailey.

He brings the most skill and goal-scoring prowess out of that bunch side from maybe Eberle.

Now in his prime, Nelson has reached a point where scoring a certain amount of goals should be a regularity. In this case, the number is 30, which heâ€™s yet to reach.

Thatâ€™s the next goal for him, pardon the pun.

Nelsonâ€™s transformedÂ into a good Islander, one of the most consistent too. Hitting 30 goals this coming season though is that next step in his evolution.