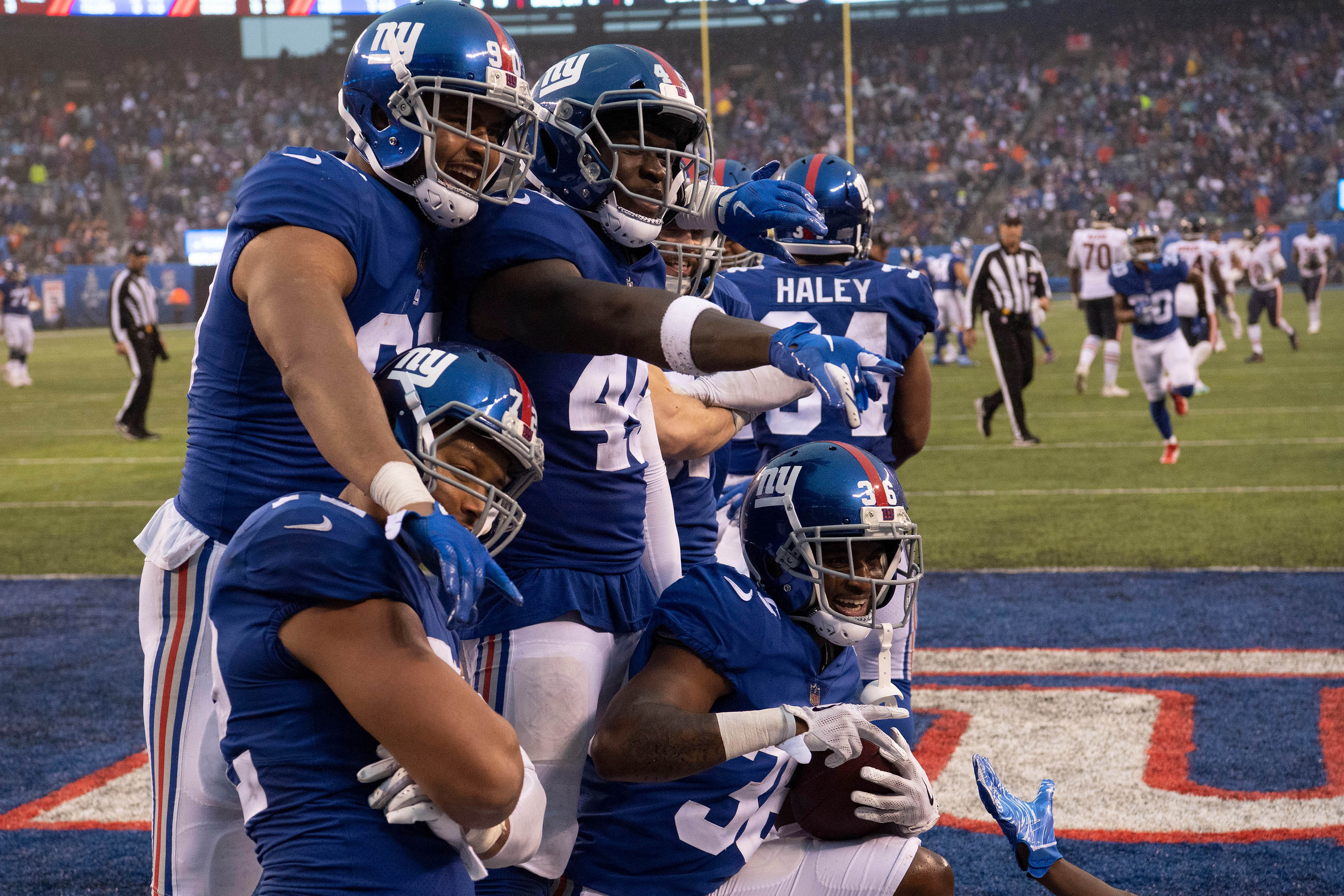 The New York Giants are not supposed to be a good team in 2019. Vegas projects the team to win just six games this upcoming season. The losses of Landon Collins, Olivier Vernon, and Odell Beckham Jr. make it easy to see why people would believe this. But perhaps we are writing them off too quickly. Undergoing a complete overhaul the past two seasons, the new team is beginning to take shape. Despite all of the negative headlines in the media, here is why the Giants will be better in 2019.

Why the New York Giants Will be Improved in 2019:

The Giants will benefit greatly from playing weaker teams this upcoming season. Their schedule features games against only four 10-win teams from a season ago, tied for the least in the NFL. Those teams are the Patriots, Bears (who the Giants beat last year), and the Cowboys twice. Going at least 1-3 or even 2-2 in those games isn’t really that unlikely.

Taking a step down to the middle class of difficulty, Minnesota, Green Bay, Washington twice, and Philadelphia twice highlight the schedule. Say the G-Men split the games with Washington and Philadelphia, and beat Minnesota. Through the 10 games mentioned, the Giants would be sitting at somewhere in the 4-6 or 5-5 range.

Looking at the easiest part of the schedule, the teams remaining are the Bills, Dolphins, Cardinals, Lions, Jets, and Buccaneers. As it is most likely impossible the team goes 6-0 against these teams, 5-1 or 4-2 is a much more likely projection.

Add up all of those games and you find a Giants team come January that could be in the 8-8 to 10-6 range. That is three to five more wins than they had in 2018. If they do their job in games this season, their schedule will get them enough winnable games to put them in playoff position.

Believe it or not, the Giants defense was the biggest issue last season. While the media made it look as though Eli Manning was holding the team back, the defense was truly preventing the team from winning games. The team gave up 25.8 points per game last season – the tenth most of any team in the league.

The offense, on the other hand, was scoring 23.1 points per game – the 16th best in the league. The offense put the team in position to win eight or nine games last year. The defense is what made them finish with only five wins.

The Defense has Improved

The Giants Front Office noticed these issues and made it a priority to address them this offseason. To start, they acquired 23-year-old Safety Jabrill Peppers from Cleveland. They then signed 3x pro-bowler Safety Antoine Bethea in free agency. They also added Edge Rusher Markus Golden, who tallied 12.5 sacks in 2016.

When the draft came, the Giants continued to address the defensive side of the ball. At No. 17 overall, they selected DT Dexter Lawrence, someone who will move the pocket up front. Later that same night, they traded back into round one to select CB Deandre Baker, the recipient of the Jim Thorpe Award in 2018 (best cornerback in college football).

In the later rounds, they continued the trend by taking even more defensive players. In round three, they selected DE Oshane Ximines, who recorded 32.5 sacks during his time at Old Dominion. In round four, they selected CB Julian Love, a finalist for the same Jim Thorpe Award that first-round pick Baker won. Round five saw the addition of LB Ryan Connelly, who recorded 89 tackles in 2018.

The Offensive Additions Made This Offseason

The Giants made multiple moves this offseason that will allow the offense to burgeon. Most importantly, they addressed the offensive line. The additions of Guard Kevin Zeitler, Tackle Mike Remmers and the resigning of Jon Halapio will greatly improve the team.

Besides the revamped offensive line, the team also added a veteran receiver, Golden Tate. Tate, entering his ninth season, has been the definition of consistency in his entire career. He has eclipsed at least 795 receiving yards every year since 2013. While he won’t replace Odell Beckham Jr., he will certainly be a solid addition.

A Full Season of Building off of 2018

The Giants’ offense struggled mightily in the first half of last season. During those first eight games, the team averaged just 18.75 points per game. They had no rhythm and looked lost during most drives. They did not know how to utilize the players they had.

The second half of the season was a different story though. In their other eight games, they averaged 27.37 points per game. That is nearly nine more points than in the first half of the season. They discovered how the offense needed to be run, and most importantly, they learned that Saquon Barkley is now the face of the offense.