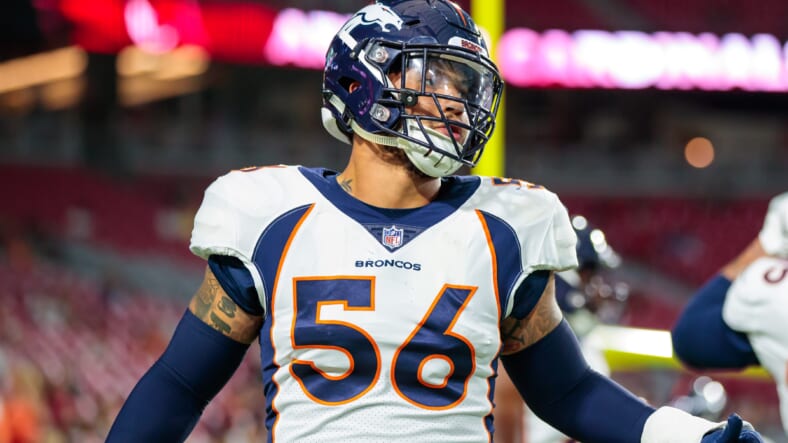 So Shane Ray is available….didn’t we just go through this with the best version of what he could be. Ray is an undersized edge rusher who can’t stay on the field. Sounds an awful lot like former New York Giants pass-rusher, Olivier Vernon, and is there really a need to relive that experience with a less effective version of the oft-injured Vernon?

Ray fell in the draft due to concerns about his size, due primarily to its impact on two things..could he stay healthy and did he have enough power to drive beyond lineman at the next level? Four years and one healthy season later Denver had their answer and so does the rest of the NFL.

How was Shane Ray utilized in the Mile High city?

In Denver, he has lined up opposite Von Miller which should have made his job 1000x easier. Offenses would be geared up to shut down Miller, so Ray would consistently have just one man to beat, and could use his speed and explosiveness, off the edge.

With the Giants, Ray would be an even worse fit. There is no big-time rusher to draw additional blockers, Ray struggles in space so he couldn’t drop into coverage on stunts or some of James Bettcher’s more creative blitz packages, and his inability to get off blocks to apply pressure would leave a suspect secondary in a precarious position.

Sometimes a 5th-year option isn’t extended because a player was just not a fit for a scheme, sometimes he shows flashes but isn’t healthy or consistent enough to warrant a long term investment, and sometimes he is just garbage and it’s time to move on.

Why the New York Giants should continue forward without Ray:

I believe Shane Ray will be arriving to any new team in a large black Hefty bag. He was in the perfect scheme in Denver and managed to produce 2 sacks and 26 combined tackles over the last two seasons. If the Giants insist on throwing money away money on a gamble at edge rusher they’d be better off looking at someone like Ziggy Ansah who has been a better performer and has a non-stop. Maybe Nick Perry for the same reasons.

Both are older and have had their injuries, but they also have actual production in their pasts and add value as mentors to the young players the Giants are trying to build a foundation with.