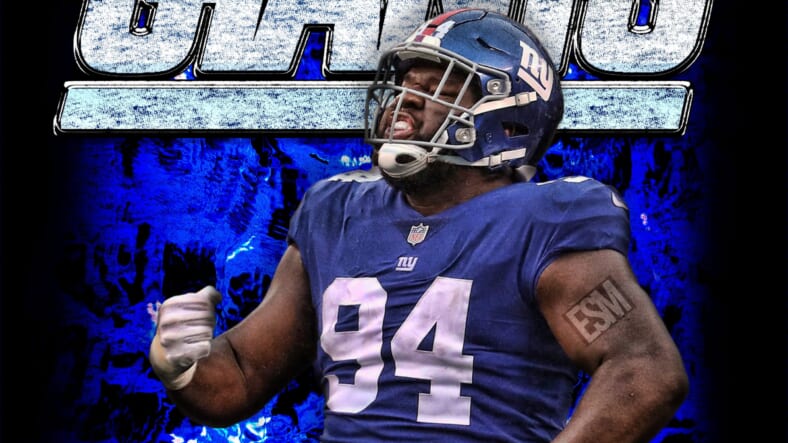 The New York Giants are entering a crucial roster-building offseason. New York has numerous key players set to hit free agency, in need of new contract extensions. The Giants’ defense exceeded all expectations this season, mainly riding off of their strong defensive line.

Unfortunately for the Giants, two of their most crucial players are impending free agents. Both of those players are defensive linemen. Dalvin Tomlinson and Leonard Williams are both set to hit free agency in March. It will be difficult for the Giants to keep both of these players and remain under the salary cap.

This has led to many fans pointing out Leonard Williams as the “must-sign” player between the two. However, both of these players are necessary to keep this defense thriving and the Giants should look to extend both of them in March.

Ever since he was drafted by the Giants in 2017, Dalvin Tomlinson has been one of the best, and most consistent members of the team. Dalvin has not missed a single game in his career yet.

Additionally, Tomlinson has improved as a pass-rusher every year. When he entered the league, Tomlinson was strictly a run defender and did not apply much pressure to the quarterback. He totaled one sack in his first two years in the NFL.

Since then, Dalvin Tomlinson has greatly improved as a pass-rusher. After posting zero sacks in 2018, Tomlinson turned things around in 2019 with 3.5 sacks. He matched that same total in 2020, proving that his improvements last season were not a fluke.

Seven sacks in Dalvin’s last two seasons demonstrates his value in both facets of the game. Additionally, it is no coincidence that Tomlinson’s pass-rushing productivity improved upon the arrival of Leonard Williams midway through the 2019 season. The Giants need to prioritize re-signing both of their free agent defensive linemen, not just Leonard Williams.

Leonard Williams was excellent for the Giants in 2020, racking up a career-high 11.5 sacks. But New York’s top interior defender benefits from playing alongside two other talented hog mollies, Dalvin Tomlinson and Dexter Lawrence. Lawrence is entering only his third season, so he will stick around for a while longer. But with Tomlinson set to hit the open market, the Giants need to recognize the importance of keeping this trio of defensive linemen together and re-sign both of their impending free agents.