Who Else Might The New York Giants Trade Away During Their Fire Sale? 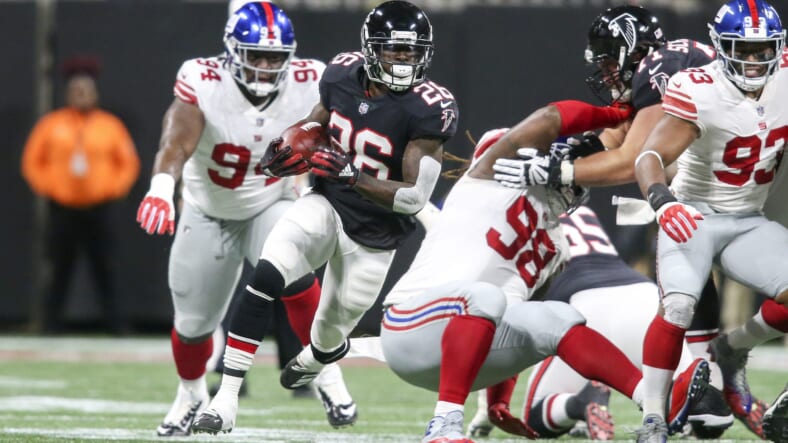 After the surprising release of star defensive tackle Damon Harrison, the New York Giants fan base nearly lost their minds. At 30 years old, Harrison would have counted $7 million against the cap in 2019, but he will only absorb a mere $3.8 million after being traded. It was likely that GM Dave Gettleman would have parted ways with the run stopping specialist after the 2018 season anyway.

Averaging just 50% of the defensive snaps, Harrison was not earning is money in regard to playing time, but he still remains one of the top run stoppers in the game. Trading him to the Detroit Lions saw a fifth-round return, and you can make the argument that the Giants lost out on the trade.

The Lions will receive a player that fits perfectly in their 4-3 base defense, while he struggled to acclimate to a pass-rush heavy 3-4 scheme with the Giants. Defensive coordinator James Bettcher favors interior lineman that pressure the quarterback, and Harrison simply isn’t that type of player. At least Gettleman was able to extract some value from a guy that was likely gone after the season.

Who else might be on the chopping block for the New York Giants?

Cornerback Janoris Jenkins might be next on the list for a trade. Jenkins is one of the league’s top corners when playing with confidence and aggressiveness. He has fallen off in recent weeks due to the state of the team, which shouldn’t take away for his current value.

Jenkins is owed $14.75 million in 2019, with $7 million in dead cap. If the Giants cut him they would save $7.75 in cap, but they’re better off trying to find a trade partner to receive more value. It’s obvious that the front-office has adopted a youth agenda and progressive approach to the future. In other words, a full rebuild is upon us.

Expect to see younger players getting playing time and gaining experience moving forward. The competitiveness of the team will surely take a hit with the thought of job insecurity dwindling in the back of every mind.

Percentages from 1-100 on who’s most likely to get traded or released: