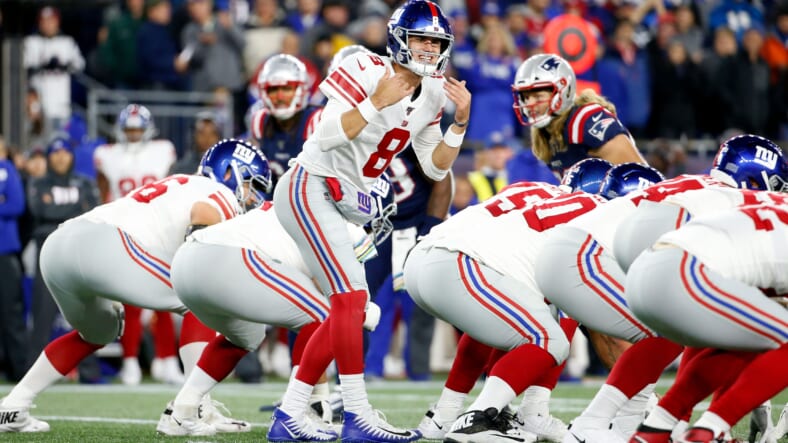 The New York Giants have multiple holes they need to fill in the 2021 NFL draft, but what order they solve them is yet to be seen. With the ability to go best player available if they so choose, the Giants have interestingly been evaluating a wide variety of pass rushers, supposedly one they could select with the 11th overall pick or in a trade back scenario.

The Giants feel confident that they have one of the best defenses in the NFL, and adding an above-average pass rusher would simply push them over the edge. Not only would they have an elite secondary with James Bradberry and Adoree Jackson manning the corners, but they would have a strong interior line, led by Leonard Williams who recently signed a three-year deal this off-season.

Offensively, the Giants still need some support, specifically on the offensive line where they traded away starting right guard Kevin Zeitler, saving $12 million in salary space. They did acquire Kenny Golladay and Kyle Rudolph, but without time in the pocket, Daniel Jones wonâ€™t be able to utilize his playmakers efficiently.

Letâ€™s take a look at how an ideal draft would look for the New York Giants:

As we know, the Giants had one of the worst lines in the NFL last season, ranking 32nd in pass-blocking efficiency. While they ranked below average in run blocking, it was the only portion of their offense that was even respectable. Adding a few weapons this off-season will hopefully generate more points, but if Jones doesnâ€™t have time in the pocket to throw the ball, it will all be for not.

Selecting a player like Rashawn Slater out of Northwestern would be a solid choice, given he can kick inside to guard and be a potential Pro-Bowl level player there. I believe he would give the Giants an adequate upgrade in the trenches with his athleticism and football IQ.

As stated above, the Giants have been evaluating pass rushers, but none are worthy of being selected with the 11th overall pick. There are several that could fall to the second round, given the Giants an opportunity to snag one. Names like Jason Oweh from Penn State and Jaelan Phillips from Miami stand out, but thereâ€™s no guarantee either will be there in a second round.

The Giants could theoretically trade up into the first if one falls, which I see as a more likely scenario than picking one at 11. This is a weak draft class for pass rushers, so the Giants shouldnâ€™t take an unnecessary risk when there are elite-level playmakers that can make an impact on day one still on the board.

With a wide receiver class as deep as this one, the Giants have a solid chance at finding an underrated talent in the third round. A player like Oklahoma Stateâ€™s Tylan Wallace could be a great selection. At 5â€™11 and 193 pounds, heâ€™s a prolific option and would thrive in an air raid offense as a physical receiver, which is something the Giants are trying to adapt to moving forward with the addition of Golladay.

Ultimately, they can find a receiver with upside they can develop this season, and if they elect to take the out in Sterling Shepardâ€™s contract after the 2021 campaign, they can move on with a player prepared to take over.

This would be an ideal draft for the Giants, in my opinion, as they solve the offensive line issue, add a pass rusher with upside, and a receiver who they can develop in their scheme.