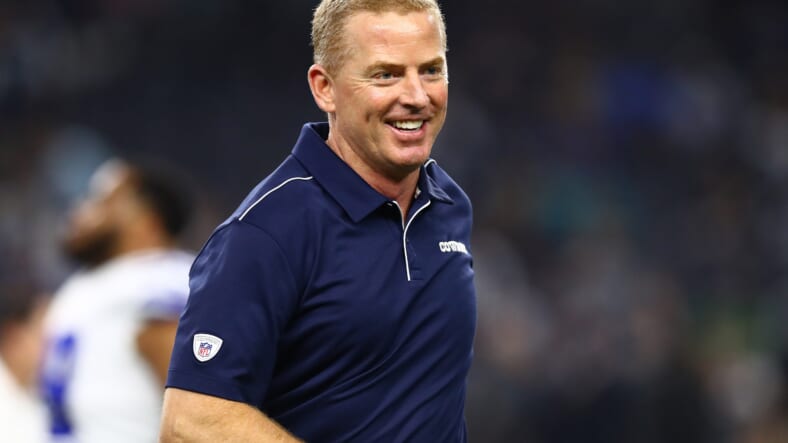 Taking a look at the factors that lead the New York Giants to hire Jason Garrett as their new offensive coordinator:

When the New York Giants hired Jason Garrett as their new offensive coordinator, most were perplexed at the decision. While the initial emotions were negative, realizing that Garrett has been a head coach in the NFL since 2011 should provide some solace in the idea. He brings an exorbitant amount of knowledge with him to Big Blue, where he backed up Kerry Collins back in 2000.

He spent two years on the Giants before being released and then re-signed on July 24 of 2002. Garrett was never a starting quarterback in the NFL, but heâ€™s soaked up as much knowledge as he could to eventually become the quarterback’s coach for the Miami Dolphins in 2005. He spent six years refining his craft and eventually reaching the head coach position six years later.

Hereâ€™s a look at some of the reasons why the Giants invested in him as their new offense of coordinators:

1.) A modern offense with similar tendencies to the 2019 Dallas’ unit

First of all, the Dallas Cowboys had the number one ranked passing attack in the NFL last year. They were first in total yards, second in passing, fifth in rushing, sixth in scoring, and ranked second in third-down conversions.

Most of these impressive statistics are derived and implemented by Kellen Moore, who was a first-year offensive coordinator with the team. The hope is that Garrett gained wisdom from Moore and his thought process on the modern-day offense, which will hopefully translate over to the New York Giants. This is a major reason they invested in his talents and Joe Judge stated exactly that in his press conference via zoom on Tuesday.

2.) Familiarity with being a head coach to help Joe Judge adapt

Having spent nine seasons as a head coach in the NFL, Garrett knows a thing or two about the ins and outs of the job. He will help Judge become acclimated to the position and what it requires in terms of activity and preparation. While Garrett was never overly successful with the Cowboys, there are small intricate details that Judge would otherwise take longer to grasp.

3.) Familiar with the Giants organization and the NFC East

Garrett’s familiarity with the NFC East gives him another boost. Having played the Philadelphia Eagles, Washington Redskins, and the Giants twice per year for the last nine seasons, he understands how the division works and what it takes to get to the top of it. He has a few young pieces in Daniel Jones and Saquon Barkley to utilize, which should breed excitement if he can replicate the same offensive concepts he used last season in Dallas.