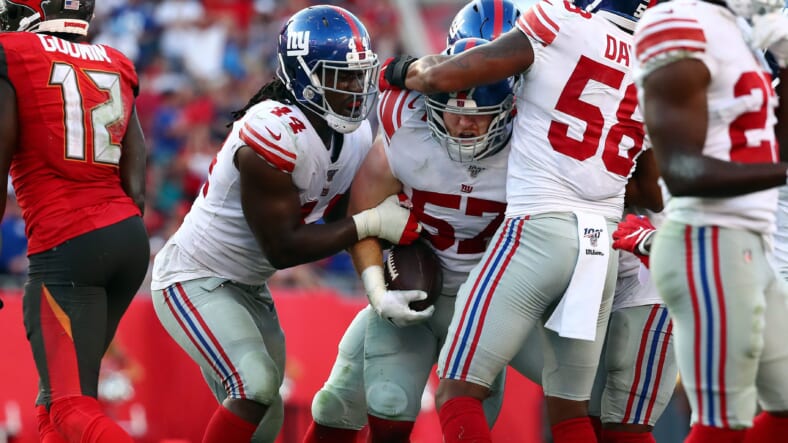 The New York Giants’ roster is far from a finished product, but they took several positive steps forward this off-season on both sides of the ball. On offense, they drafted left tackle Andrew Thomas to protect Daniel Jones’s blindside for the foreseeable future. They also signed running back Dion Lewis and allocated more draft capital toward potential starting talent down the line and depth pieces. On defense, they signed Blake Martinez, Kyler Fackrell, James Bradberry, and drafted top safety, Xavier McKinney.

Based on all of these quality additions, you can estimate that the Giants will have a far better 2020 campaign, despite having a difficult schedule, according to Las Vegas betters. However, the NFL ranks the Giants’ schedule as the seventh easiest, based on combined 2019 winning percentages.

The Giants’ 2020 opponents were 123-132-1, which equates to a .482 winning percentage. This is good news for a Giants team that is in desperate need of wins and success in the third year of their rebuild. However, there are still positions that are uncertain and require more focus moving forward. The inside linebacker spot is one position that could be problematic for the team in 2020.

Connelly showed promise last year in his rookie campaign, posting 20 combine tackles, two interceptions, and one sack in four games. However, a torn ACL ended his season prematurely and he has been recovering ever since. These types of injuries are frequent in todayâ€™s NFL, but guaranteeing he will return to full form is optimistic.

The hope is that he can pick up where he left off, and if that is the case, the Giants will be in decent shape at the position while he continues his development. Alternatively, Cam Brown out of Penn State has great athleticism and high upside as a fifth-round pick. I donâ€™t see him as an instant starter, but a bit of development could prove to be worthwhile and significant for the 2021 season.

If the Giants want to look to the free-agent market to supplement any concerns, Cardinals linebacker Hasson Reddick is a young player with unlocked potential. He was terrible in 2019, but as a former first-round pick, itâ€™s worth taking a low-price chance on him.