The New York Giants can still grab their elite pass rusher, but it’s boils down to timing 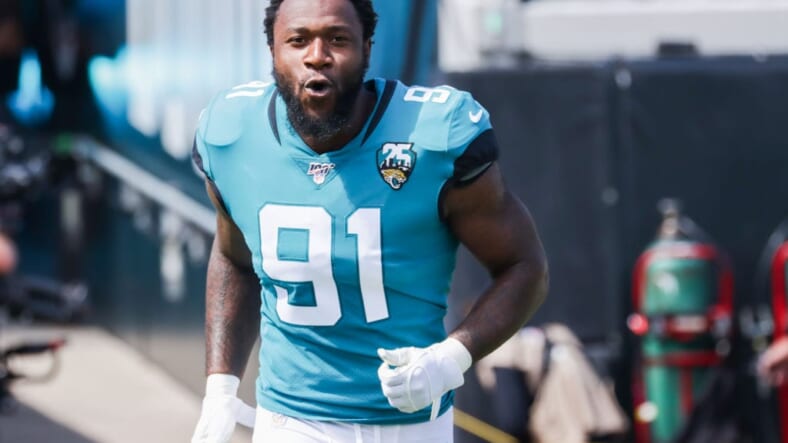 When should the New York Giants invest in an elite pass rusher to bolster their defensive front?

Some claim that the New York Giants pass rush unit is extremely thin, but the counter-argument would be that Patrick Graham, new defensive coordinator, utilizes a variety of schemes to generate a pass rush.

The current outside linebackers on the team consist of Oshane Ximines, Lorenzo Carter, and Kyler Fackrell. They placed a free agent tender on Marcus Golden, which would guarantee his return in 2020 for 110% of his 2019 contract. Getting him on a one year deal worth about $5 million would be an absolute steal, and it would give the Giants a double-digit sack producer from last season.

Overall, the unit is a bit better than most believe, factoring in Graham’s high blitz rate from the safety and linebacker positions, and unpredictable scheme focused on confusing opposing quarterbacks and offensive coordinators.

However, that doesnâ€™t negate the fact that having an elite pass rusher and run stopper on the edge would be beneficial. With Jadeveon Clowney still available in free agency, the Giants could still have their hand dipped into that market, but it is unlikely considering their current cap situation.

They would have to cut Nate Solder and utilize the available cash space to make a bed on Clowney, which seems unrealistic at this point. It all boils down to timing, and the New York Giants simply arenâ€™t in a position to win just yet.

With the expected 2020 schedule being tough, the focus should be to continue rebuilding and developing the defense/offensive line. It will take at least one year for all of the units to gel and adapt to their individual coordinators. The idea of signing an elite pass rusher during the 2021 off-season makes a lot more sense, which is where a player like Yannick Ngakoue could enter the fold. Ngakoue is still scheduled to play on the franchise tag with the Jacksonville Jaguars the season, but he will likely be traded prior to the start of the regular season.

If heâ€™s on a one year deal, the Giants can simply wait and attack him in free agency next season. They will be in a better place to win and contend for a playoff spot. Also, they will likely cut Solder and remove his monetary hit off the books. If the Giants kept Solder in 2021, he would count $20.5 million against the salary cap, and if they cut him, he will count $6.5 million in dead cap. That is a $14 million saving in the final year of his contract, allowing the Giants to pursue other players with more of an immediate impact.