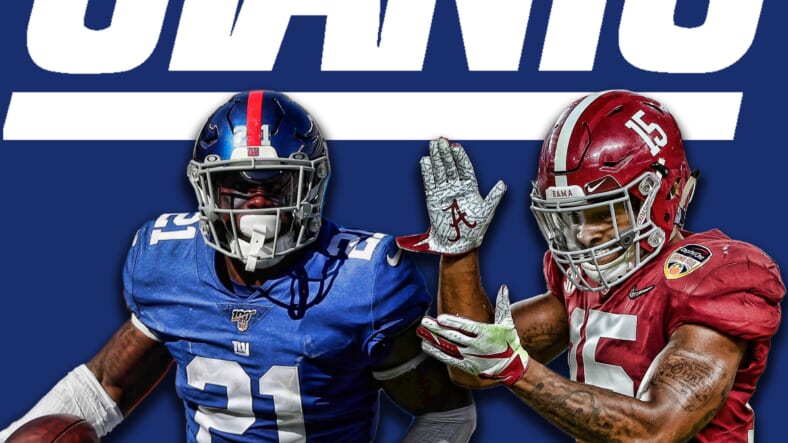 The New York Giants are preparing to utilize two dynamic, playmaking safeties on defense in 2020:

The Giants initiated the overhaul of their defense just one year ago when they spent ample draft capital on re-tooling the secondary and trading away Odell Beckham Jr. for the 17th overall pick in the 2019 NFL draft and former first-round pick, Jabrill Peppers. The draft selection ended up being Dexter Lawrence, not to mention Oshane Ximines in the third round. They added three defenders for the price of one standout wide receiver, and so far,, the deal seems to be benefiting the Giants significantly.

However, the defense is far from being elite, but they are making the right decisions to bolster the unit with playmaking individuals. Jabrill Peppers had one of his best seasons in 2019 before missing the remainder of the season with a hip injury.

In 11 games, he posted 76 combined tackles, five tackles for loss, three forced fumbles, five passes offended, and one interception which he took for a touchdown. In five fewer games compared to 2018, Peppers nearly improved in every category. Playing in a strong safety role closer to the line of scrimmage, former defensive coordinator James Battcher was able to maximize his talents and bring the best out of the former Cleveland Brown.

If Peppers can replicate those numbers and build upon them, he can have a fantastic 2020 campaign and prove his worth in blue. As a first-round pick, the Giants have to make a decision on his fifth-year option in the coming days, and I imagine they will extend him considering his relatively cheap price tag.

The Giants didn’t end there, though, as they drafted Xavier McKinney in the second round out of Alabama. Looking more in-depth at McKinney, he seems like a knock off version of Isaiah Simmons with more ball-hawk abilities.

He played over 200 snaps in the box, in the slot position, and at free safety. Miss-matching Peppers and McKinney will be a godsend for new defensive coordinator Patrick Graham, who loves to use safeties in his blitz patterns and schemes. Last season in college, McKinney posted three sacks and 5.5 tackles for loss. While his 40-yard dash was a bit slower than expected, his play speed is elite, and he is one of the best tacklers in the draft.

Falling to pick 36 was an easy decision for the Giants, who desperately needed an upgrade at free safety but also received a dynamic playmaker in the process. Pairing both Peppers in McKinney on defense should create Mayhem for opposing offenses trying to decipher who will be playing in the box or dropping into coverage. McKinney also forced four fumbles in 2019, an impressive number that should be considered and is a testament to his tackling technique and fundamentals. He fits the mold perfectly for new head coach Joe Judge, who is looking for players who can fill multiple roles when called upon.