The New York Giants Are A Mess Beyond Repair – Can It Be Fixed? 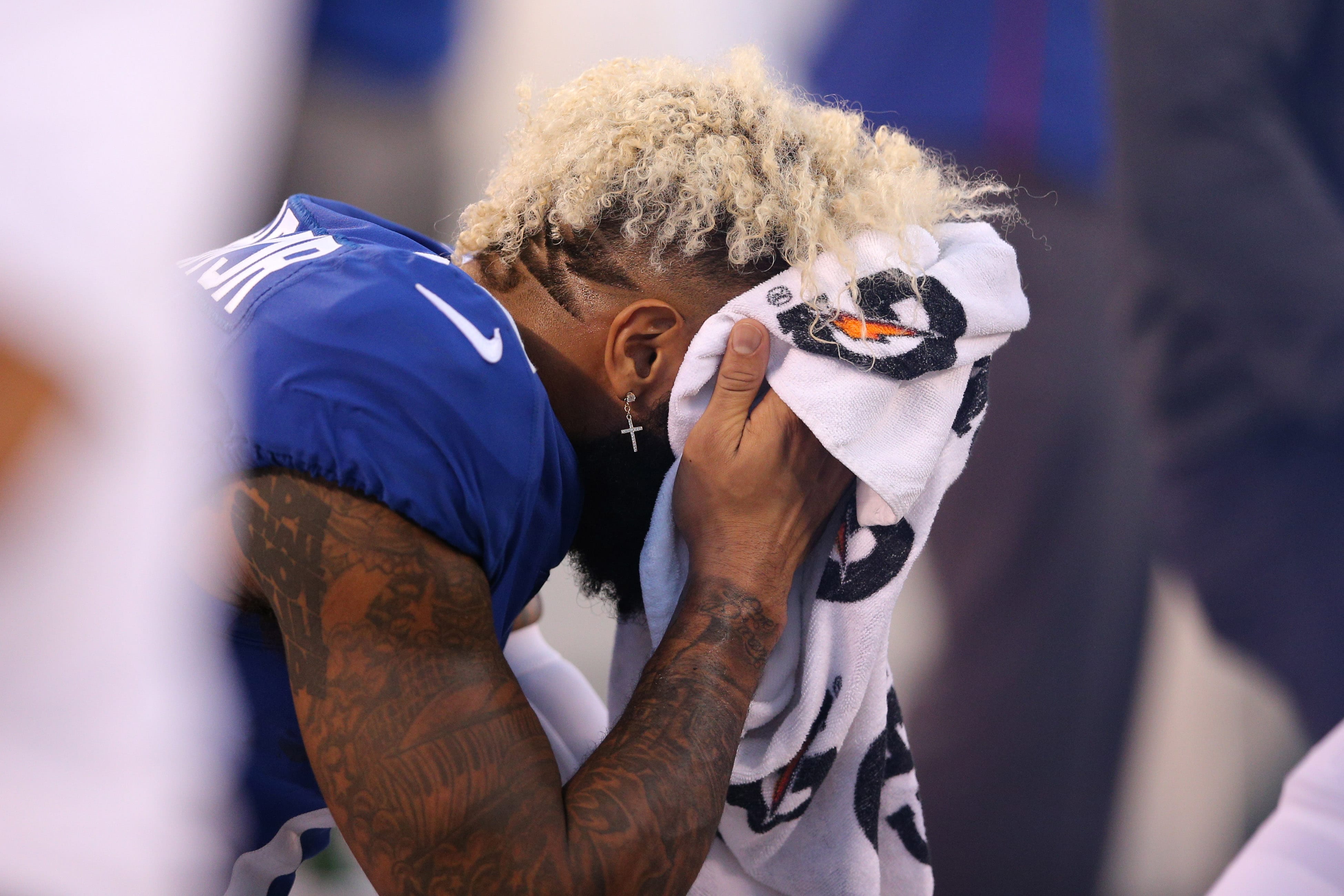 Trying to gauge the potential future success of the New York Giants is like picking a needle out of a hay stack. One moment they look like they’re on an upward trend and the next muddling in the dirt.

On Tuesday morning, rookie quarterback Kyle Lauletta was arrested for a traffic violation. A police officer instructed him to pull over and he disobeyed, nearly striking the officer with his car. The Giants are aware of the situation and prematurely closed an often open-media practice.

Head coach Pat Shurmur stated that they were aware of the situation and were extremely disappointed. The former Division II quarterback has quietly sat behind Eli Manning, waiting for his opportunity to display his skill-set.

To be quite honest, Lauletta couldn’t have chosen a worse moment to display his immaturity and lack of common sense. Anybody that has every worked a job has been stuck in traffic trying to get there on time, and yes, a few middle fingers have been tossed out and a few semi-dangerous maneuvers to get around annoying drivers have been necessary. But, there comes a point when you make the decision to remain behind the line and not cross it. Maybe it was Lauletta’s instinctual ability to avoid pressure and find his way out of trouble, but c’mon man, keep it on the field where it belongs!

The rookie passer is surely in the dog house now, especially after reports arose that saw him starting after the Giants’ BYE week. It’s certainly now up in the air, and once again, Manning might have found himself yet another chance to right his wrongs.

Moving forward, Big Blue must begin to evaluate their youth, and provide experience to the players that need it. The trade deadline was Tuesday and no moves were made, despite reports of Janoris Jenkins, Olivier Vernon, and Landon Collins all being on the block.

It’s fair to say that GM Dave Gettleman has chosen the few that can still contribute to the success of the team. Vernon is on the back end of his deal and will count $8 million against the cap if he’s cut, which is far less than the $20 million he will be owed if he remains with the team. The Giants are better off releasing him and using that money to sure up the offensive line or secondary.

Jenkins on the other hand will count $7 million against the cap if cut and $14.75 million if he is kept on the roster. Realistically, every team needs a stand-up corner than can man-mark the opposing teams top receiver, and Jenkins has proved he’s capable of doing that. There’s no reason to let him walk now with two years left on his deal, unless the Giants were going to receive a second-rounder from him, and that clearly didn’t happen. I can imagine other teams came calling but only offered a third-fourth round pick. Not enough for a guy that, when at the top of his game, is one of the premier corners in the league.

Nonetheless, the Giants are a dumpster of a team with no balance or continuity at the moment, and it is to be seen if they can return in 2019 resembling anything but a disaster.